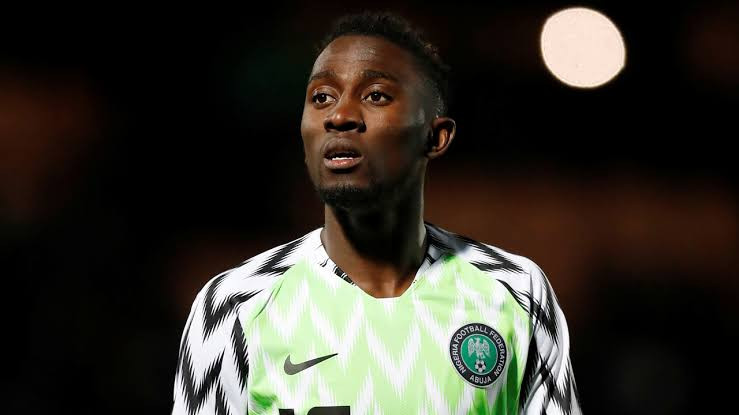 2022 WCQ: Blow for Nigeria As Wilfred Ndidi Picks Up Injury Ahead of Must Win Playoffs With Ghana

Ndidi, who was in Leicester’s starting eleven against Rennes, had to go off in the 60th minute after sustaining the injury.

Leicester city star, Wilfred Ndidi is likely to miss Nigeria’s must-win 2022 World Cup qualifying playoffs against Ghana.
The star picked up a knee injury in Leicester city’s Europa Conference League game with Rennes.
Ndidi, who was in Leicester’s starting eleven against Rennes, had to go off in the 60th minute after sustaining the injury.
Leicester manager, Brendan Rodgers confirmed Ndidi’s injury in his post-match, after the Foxes advanced into the quarter-finals 3-2 on aggregate despite losing the second leg 2-1 on Thursday night, March 17.
Speaking after the game Rodgers called Ndidi’s injury ‘disappointing’.
“It was disappointing. Marc (Albrighton) felt his groin a little bit. Ndidi is a block tackle so his medial ligament in his knee, so we’ll see how that is.”
This comes amid new reports that Kenneth Omeruo is a major doubt for the big clash due to a groin injury.
The winner of the two legged clash between Nigeria and Ghana will qualify automatically to the FIFA world cup in Qatar later this year.