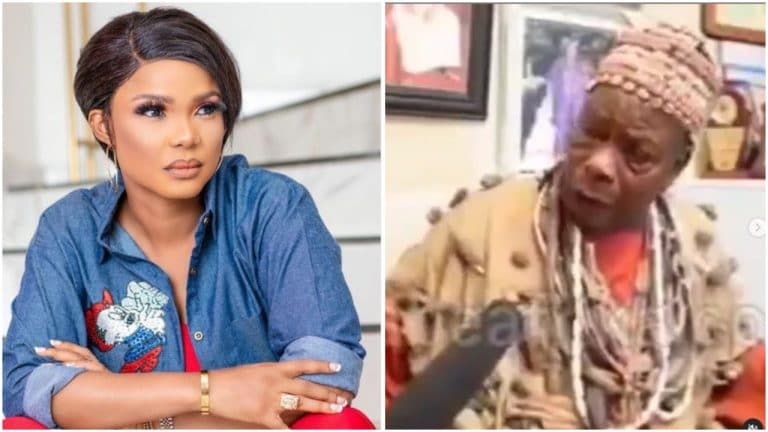 Nollywood actress Iyabo Ojo has reacted to the death of the herbalist who said she would die and suffer over the rape case involving her colleague Baba Ijesha and daughter of comedian Princess.

Reacting, Iyabo, while commenting on a blog, declared that if God is for her, nobody can be against her.

She wrote: If God be for me, who can be against me? Nobody.

News recalls that the old man in an interview said Iyabo Ojo would suffer and die for standing against Baba Ijesha.

However, Iyabo Ojo took to her social media page to react to the video. She declared God’s promises and scriptures upon her life, stating that all those plotting to bring all manner of evil against her or end her life are just wasting their time.

Iyabo Ojo said that only God has the power to take life, and at his appointed time, He alone will take all Glory, adding she can never be afraid of any man or woman and she cannot be silent for speaking the truth.

Faithia Balogun, others console Kemi Afolabi after her horrible encounter