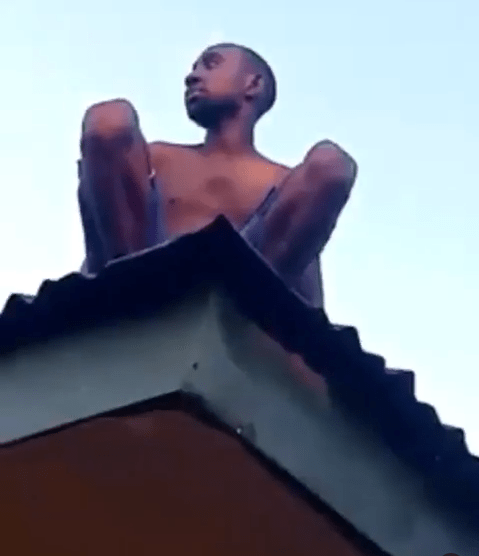 A suspected wizard, identified as Omamuyovwi, who was returning from the coven, has crashed landed on the rooftop of a building with N100 in his hand at Okpokpor Street in Okpara-Inland in Ethiope-East Local Government Area of Delta State.

He was caught by indigenes and residents of the community who beat him to stupor on Saturday, November 28. He was flogged with plantain leaves and while at the point of setting him ablaze, the community vigilante came to his rescue.

The vigilante pleaded against jungle justice and took him to his family Compound at Igberhe Street, where he allegedly confessed to have committed so many atrocities against man and God.

The said wizard who’s also a motorcycle operator, said he was being chased by a deity(Igberhe juju), from the coven, when he ran out of fuel and crash-landed. According to him, he was going to refill his craft, when he was caught on the rooftop with N100.

READ HERE;  FUTO student nabbed while trying to use coursemate for ritual

Man sleeps off while watching p*rn at work (18+ video)

Meet 21-year-old Boy Who Feeds On Grass, Can’t Speak and Stays In The Forest (Video)