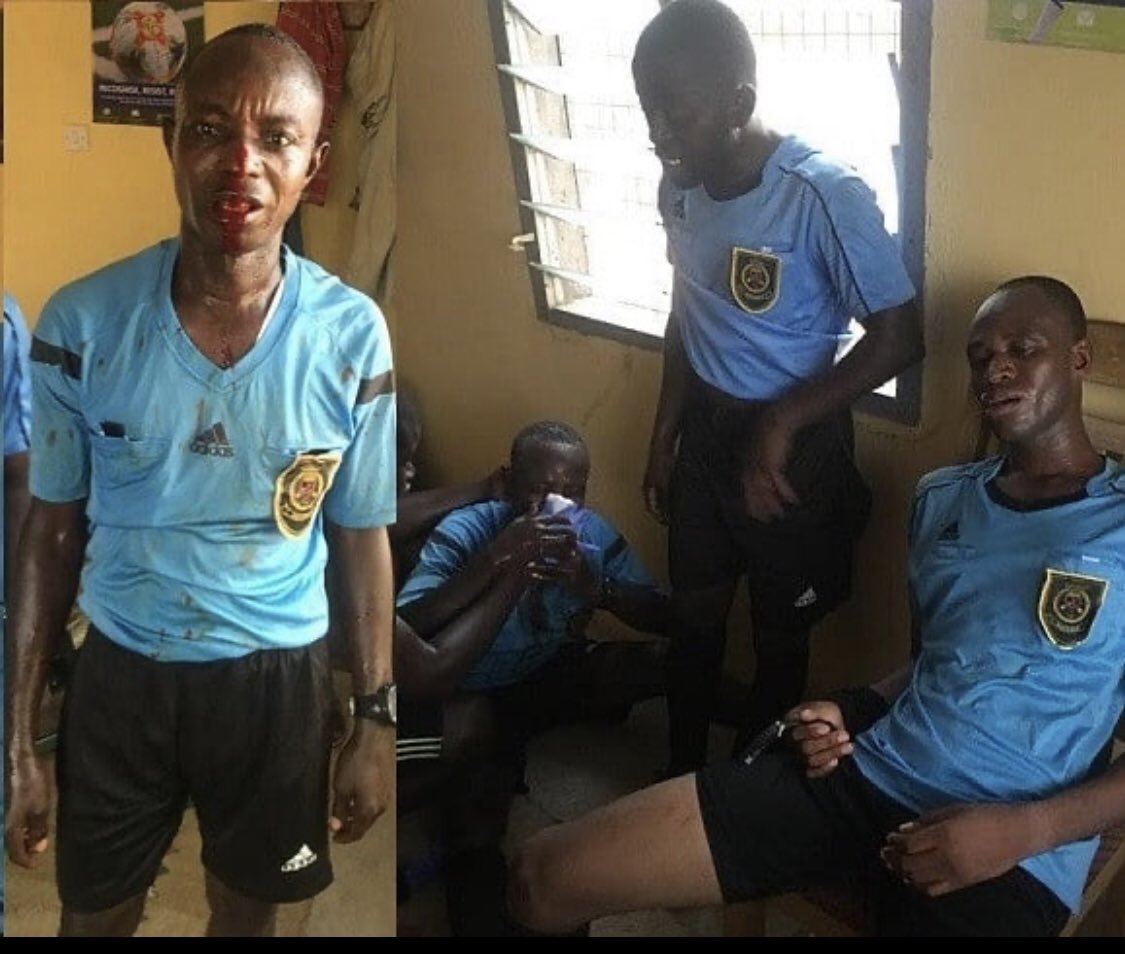 A referee and other match officials have been beaten black and blue by angry fans.

Referee and other match officials beaten mercilessly by angry fans
Angry fans have descended heavily on a referee and his match officials after a match.
According to Starr FM, a team of Ghanaian referees were beaten by angry fans in the Division One League match-week 14 game on Sunday afternoon, March 28.
The incident occurred after Wanamafo Mighty Royals’ game with Bofoakwa Tano ended in a goalless draw.
The report said fans of the home team took to the field after the final whistle and assaulted the match officials resulting in center referee Niatire Suntuo Aziz losing some of his teeth.
The home fans were not satisfied with the performance of the referee and decided to descend on them mercilessly.