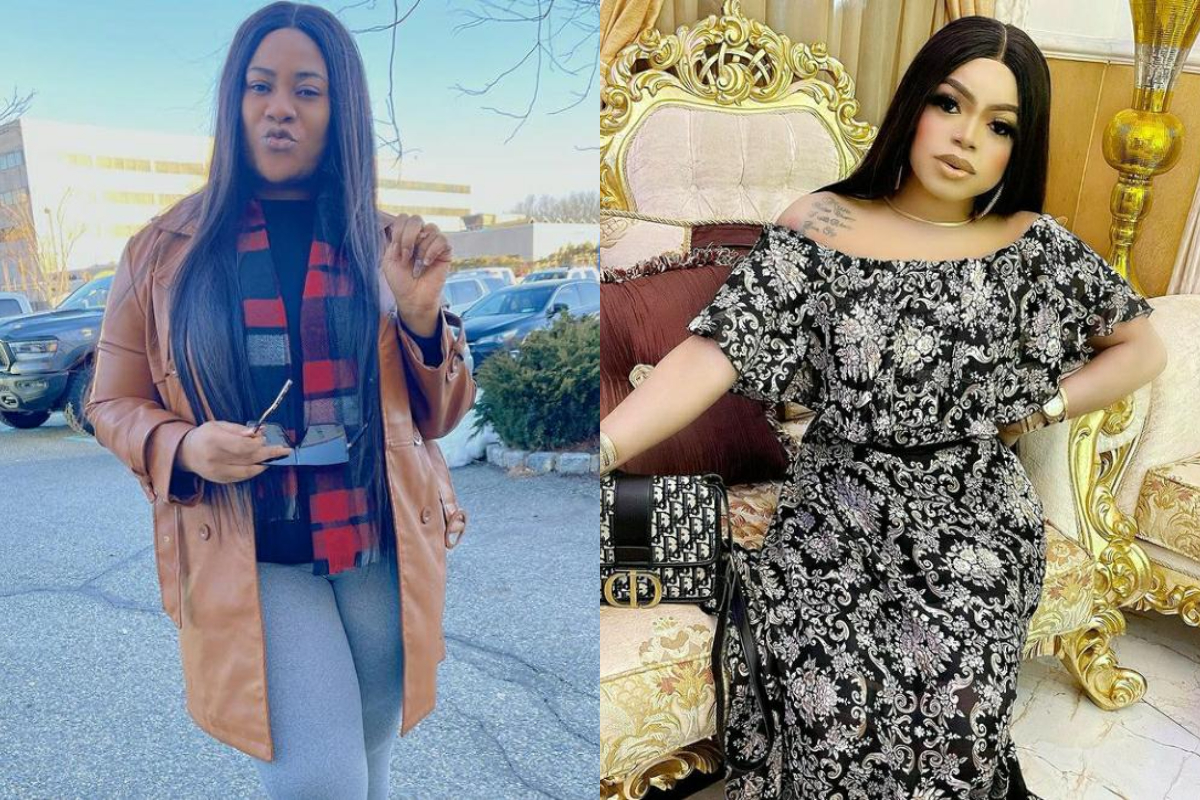 ‘Battle of the shameless’ Nigerians mock Nkechi Blessing, Bobrisky as they continue to drag each others jaw

The fight follows the tattoo saga making a trend on social media where fans draw their favorite celebrity on their body.

For Bobrisky, it is not a big deal as he continued to dole out whopping cash to his fans with his tattoo on their body.

However, many people alleged it was a new trend of extorting money from celebrities.

Nkechi Blessing later apologized to the lady with her tattoo, but a fan alleged the actress was scared of publicly been dragged by Bobrisky.

This infuriated the actress as she slammed the fan, and Bobrisky, the crossdresser, could not overlook the comment like he has been looking for an opportunity to get at the actress.

Nkechi Blessing and Bobrisky called out each other on social media as they opened up a different can of worms, leaving many Nigerians with several reactions.

tycoon_cephas: Na God they create all this people or angel they use God working tools play

theseunlah: Nkechi won this round! Everything Bob said we’ve heard before, we need new tea🥵 Nkechi give us the man name abeg😂 I’m here for the violence

#BBNaija Nengi Opens Up On Beef With Davido