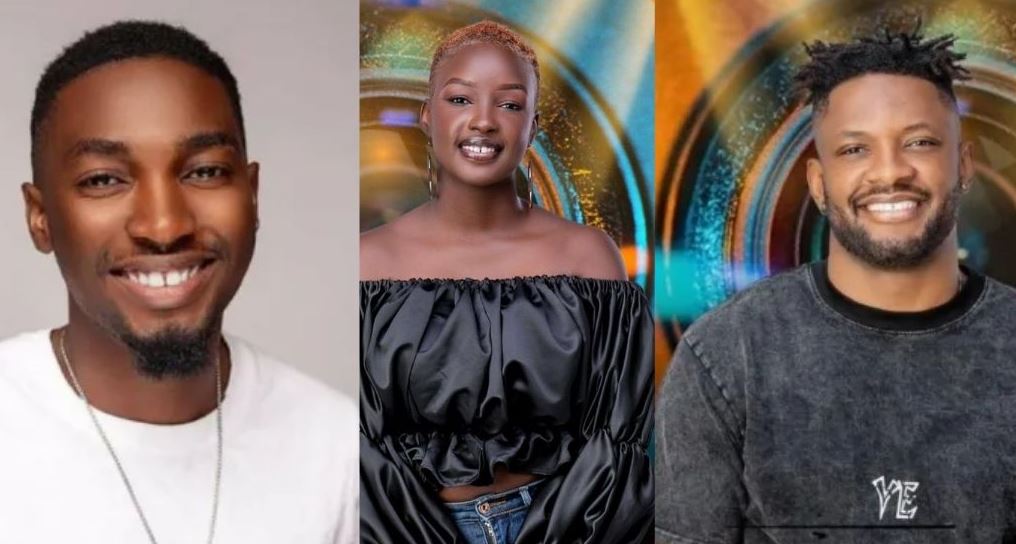 #BBNaija: I Felt Uncomfortable When Saskay Got Flowers From Jaypaul – Cross

Cross stated that he felt uncomfortable but happy about the issue and went on to give his reasons for the mixed reactions.

Big Brother Naija Season 6 housemate, Cross has opened up about how he felt when his love interest, Saskay received flowers from JayPaul.

Cross disclosed this known in a Diary Session on Friday, day 48 of the show, as he gave Big Brother a rundown of his week in the house.

According to him, some of the housemates have met him to ask how he felt about the gesture and he had told Angel about what he thought of the situation.

While talking to Biggie, Cross stated that he felt uncomfortable but happy about the issue and went on to give his reasons for the mixed reactions.

Speaking of his other emotion, he referred to Jaypaul, saying, “I was happy that he took such courage because he’s not a boy. That has to be a manly move; to display such feelings out in public. So it’s not a boy move, it’s a man move.

“So I’ll give that to him. He’s a man and I respect him for doing that. Kudos to him.”

#BBNaija: Boma Never Had S3X Or Fing*red Me – Tega (Video)