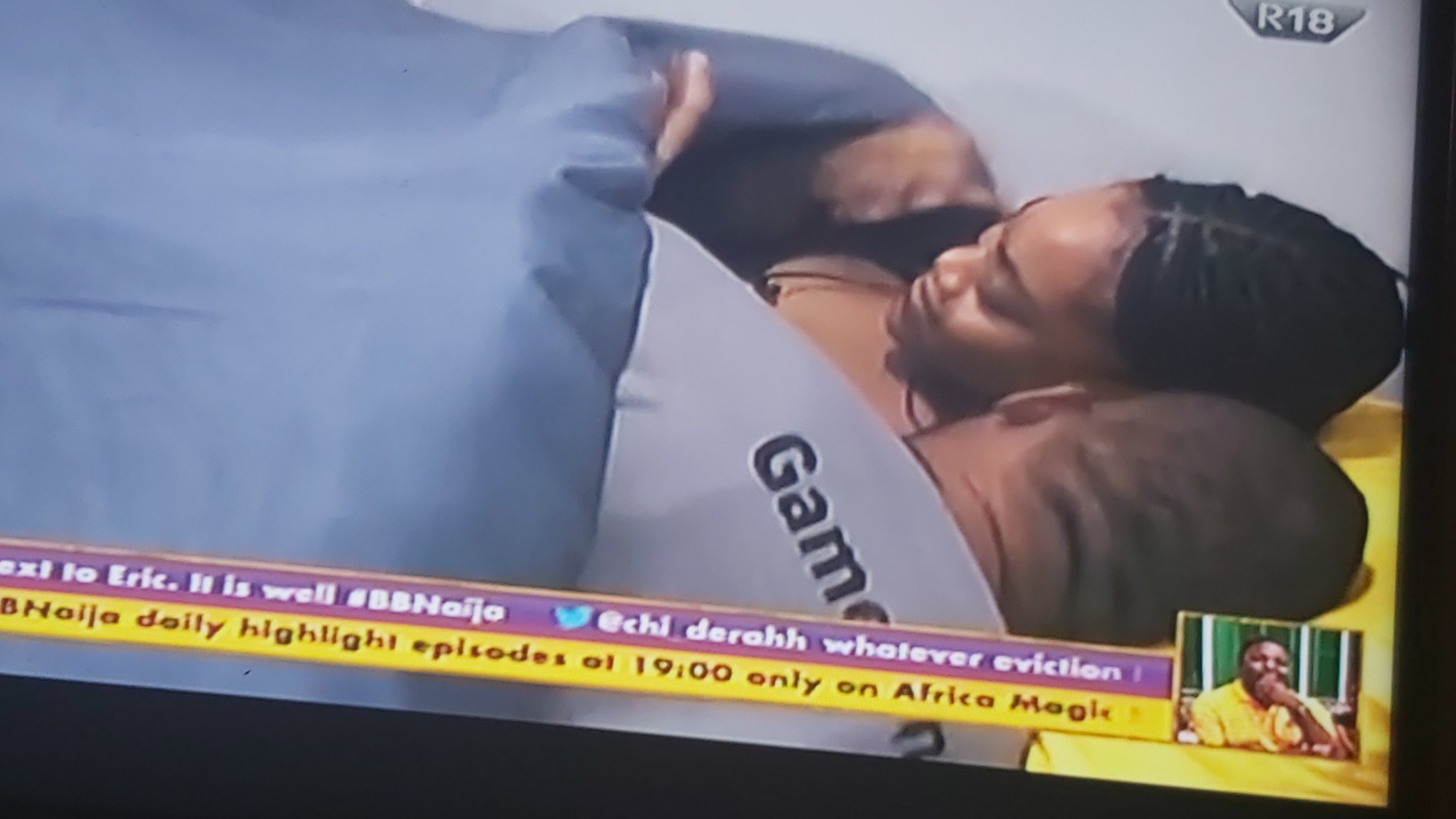 Nigerians are currently dragging Big Brother Naija housemate, Eric for eating indomie peacefully with his guys barely an hour after Lilo was evicted.

According to the aggrieved fans, Eric wasn’t moved by Lilo’s eviction since he can still eat indomie without ‘feeling sober’ at least.

“Eric has already moved on in less than one hour. Look at him eating noodles. Girls we need to wise up. Someone that is supposed to be sober at least tonight. SMH”, Twitter user, Rose_Ude wrote.

Lilo was the second housemate to be evicted from the Big Brother Naija housemate. However, despite her eviction, she maintained that she still loves Eric.

@iyaboys: Ladies, pls learn lessons frm today’s eviction o. Did u see Eric struggling with others to wack indomie from the pot; and even made sure he scrapped d pot after his supposed lover’s eviction. If u allow anyone ruin your game in life, u will eat tears and d person will eat food.

@NimatullahiIbr1: Gosh men are scum. See as Eric is just enjoying his noodles as if nothing happened. Too bad for Lilo, if she was the one in his shoes she won’t eat for days oo.

@majorayodele: Lilo is senseless. She could not differentiate between playing a game and being played. She lost focus just before. Imagine in less than 30 mins this guy don dey hustle for food! Life no balance ooo.

@IamNneomaa: When Bambam left, Teddy A cried like a baby. When Esther left, Frodd cried like a baby too. But look at Eric dragging indomie from the pot like someone that just left prison house. Moral lesson; Your career should come first in all you do.

@TheEmmalez: Remember when Lilo drank… so she won’t cheat on Eric? and then Eric later accepted a dare to rock another babe. This evening, Lilo got evicted… and Eric is already eating indomie without remorse Grinning face with smiling eyes

@Chemicalboyy: When Bambam was evicted Teddy A cried, see Eric struggling for indomie inside pot Man facepalming. Men are …..

@princesstanny1: Imagine if it was Eric that was evicted….lilo will be crying like a widow and won’t eatFace with tears of joylook at the way he was eating the indomie and scratching the pot…saying his strategy will have to change mcheeeew Unamused face

#BBNaija: How housemates voted to evict Lilo and Ka3na (video)