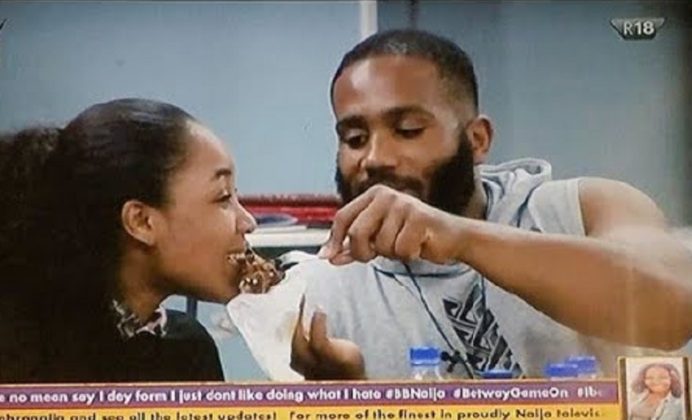 The sexual tension between Erica and Kiddwaya heated up last night after they had their first kiss during a truth or dare game last week. The duo had a steamy session last night and some Nigerians are already blasting them for it.

Singer Praiz has now taken to Twitter to defend them, saying it’s no big deal and the show is not for kids.

“Kiddwaya and Erica had something and so?
The show is rated 18.
Why exactly are people angry? What’s the reason for the outburst?🤷🏿‍♂️

There’s no big deal in what anybody has done in the house.
Everything na by choice. 🤷🏿‍♂️” he tweeted.