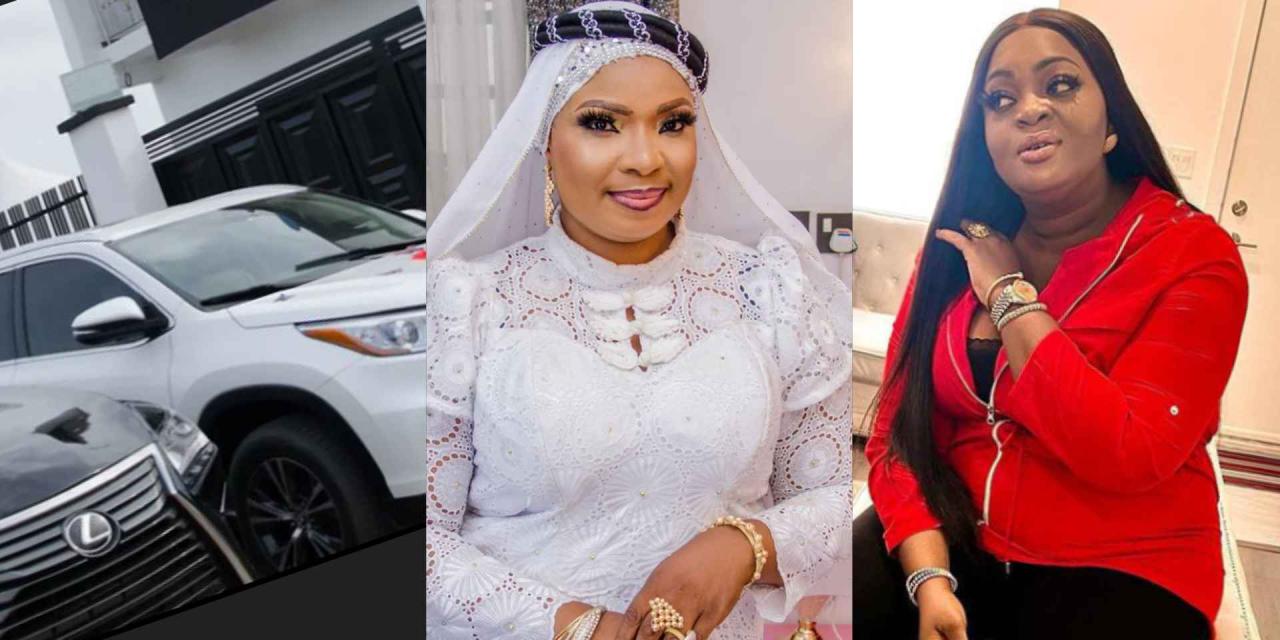 Nollywood stars, Laide Bakare and Eniola Badmus stirred the reactions of their fans on Instagram after they called out each other.

This is coming after Eniola Badmus jokingly congratulated Laide for acquiring two new rides, a Toyota and a Lexus.

In a swift reaction to Eniola’s comment which appeared not to sit well with her, Laide wrote: “Yes o na me be that o president awon beefers. Na you dey speak their mind. This is purely God’s doing and it’s the beginning of unending Allah’s mercy on me, shebi una dey beef ni? Na success upon success be una answer. Me no get time for haters abeg.”

Swiftly, Eniola responded to her beef allegation and declared that she was only joking like they used to:

She wrote: “But you know say na so we dey play may I not have anything against you even you know say I get mad love for you from our uni days. Laide stop playing.”

On the part of their fans, many comments slammed Eniola Badmus for taking a subtle swipe at her colleague.

@ajibolaogunjobi wrote: “A simple congratulations is fine, which one is Pele ooo larinloodu,??? Directly or indirectly she is kinda attacking her. I don’t see that as sarcasm sha.. @laidebakare congratulations ma’am. More barakah.”

I am in a new relationship already, no time – Nkechi Blessing reveals

Why you must have money – Alexx Ekubo