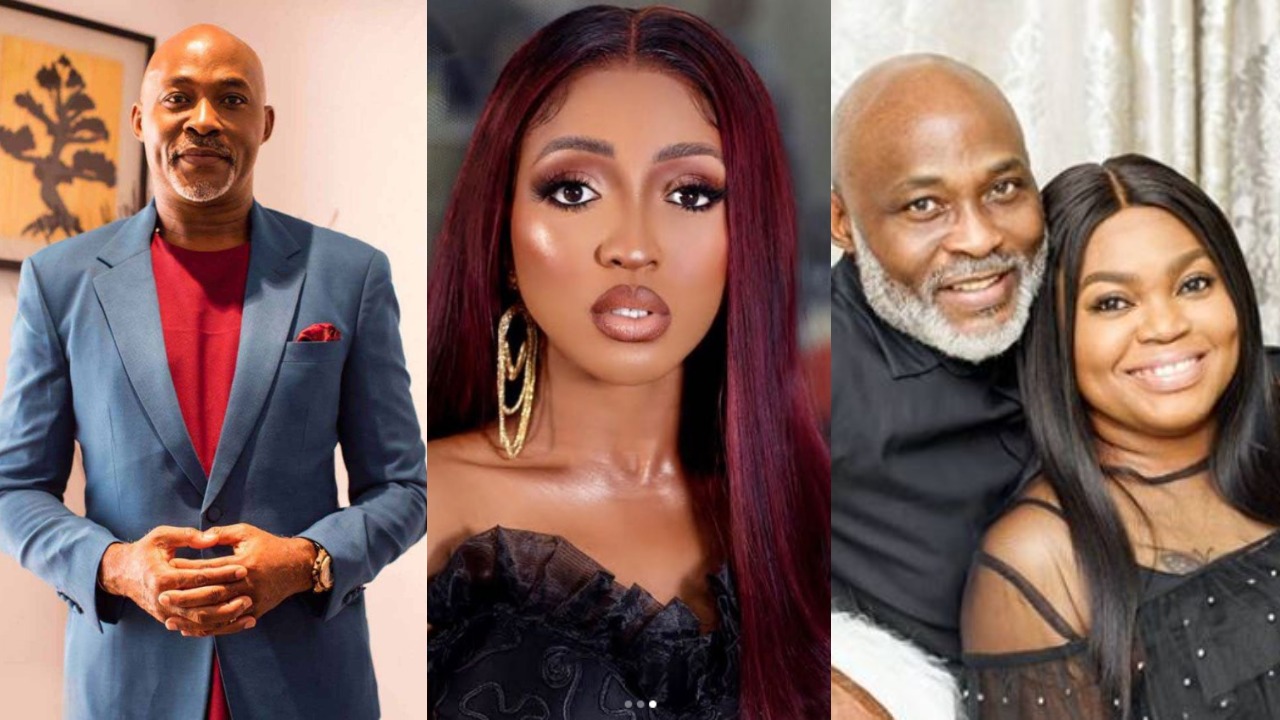 An Instagram blogger identified as @gistcove has unveiled the alleged side chick of ace Nollywood actor, Richard Mofe-Damijo, popularly known as RMD.

According to @gistcove, RMD is cheating on his wife with a lady identified as Chioma Ilomuanya. The lady who is said to be an interior decorator has allegedly been dating the actor for a while and both of them are deeply in love with each other.

Read all @gistcove wrote below;

I was strolling through the world wide web jejely minding my business when I came across this write up attributed to RMD. I became very confused because the RMD I know will not write such when he knows this kind of write up will not sit well with his small madam Chioma Ilomuanya. Swipe to see her picture.

No no no, Chioma would have dealt with him if he was the one that wrote it. That would have been the end of his magodo visits to her house to chop pomo. I mean since he met that interior/set designer on the set of HUSH and hired her to work with him on his Mr X show, the sparks haven’t stopped flying between them. He rented her a shop off Allen then and was even there at the store opening playing host and greeting people.

He stays advertising her work and getting her decor gigs. If you are attentive, you will notice when he posted her on his insta story on her birthday a few days after his wife’s own. She is very secretive but some of her friends are aware especially her Abuja clique because he was in Abuja with her sometimes in late 2020 and they were out openly.

She goes to his house to help him out with stuff when madam is away. She’s a permanent guest in his hotel room in Lagos anytime he lodges and he is so in love with her that he will leave his wife at home alone to go meet her. That’s why I always laughing when he posts love story about him and his wife.

This same Oma is related to blossom the actor and will be doing fake friendship with red vigour while talking shit behind her back. It was in my confusion that I now realised it was a fake Facebook page that wrote it. No wonder RMD made a post to debunk that particular fake Facebook post. Little madam must have vexed small. Ehen! I for say!!