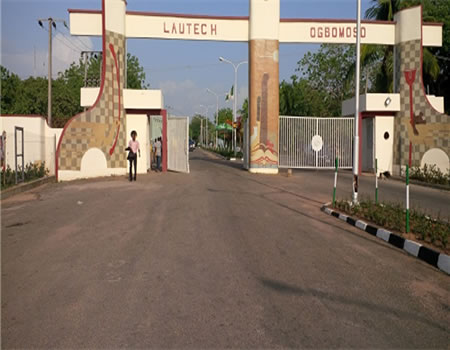 Osun State has finally ceded the ownership of Ladoke Akintola University of Technology (LAUTECH) to Oyo State, putting an end to the lingering crisis hampering the development of the University.

Accordingly, both owner states mutually agreed terms and the joint ownership of LAUTECH has been formally dissolved following extensive mediation by the National Universities Commission (NUC), on the need to restore tranquillity and conducive learning environment in both institutions.

Executive Secretary of National Universities Commission (NUC), Professor Abubakar Rasheed, made this known at a news conference in Abuja on Friday on the resolution of the lingering ownership crisis rocking the institution over the years.

It is gratifying to note that after extensive deliberations, negotiations and consultations, both owner states mutually agreed terms and the joint ownership of LAUTECH was formally dissolved.

“The mutually agreed dissolution was formalized through the signing of a memorandum of agreement by the Executive Governors of Oyo and Osun States witnessed by the Attorneys-General of both States, giving legal effect to the transfer of ownership of Ladoke Akintola University of Technology (LAUTECH) to the Government of Oyo State and the College of Health Sciences, Osogbo to the government of Osun State.

NUC Executive Secretary recalled that in September 2010, when it became obvious that the joint ownership of the institution was an issue, and in an attempt to resolve these challenges and restore normalcy to enable the university focus on the achievement of its mission, the National Universities Commission constituted a Transition Committee to oversee the affairs of the Institution for three (3) months.

Rasheed noted that although the Transition Committee’s report contained some far-reaching recommendations on the resolution of the crisis including a legal framework for the sharing of assets and liabilities by the two owner states of Oyo and Osun, the dissolution of the joint ownership arrangement was not implemented.

He said the crisis in LAUTECH continued unabated with the concomitant erosion of its reputational capital and loss of institutional goodwill.

He said: “In response to renewed appeals and calls by various stakeholders for further intervention by the National Universities Commission, including a meeting with the Governor of Oyo State, a Tripartite Committee, comprising representatives of Osun and Oyo States chaired by the NUC Deputy Executive Secretary (Academics), was constituted to interface with stakeholders towards finding a lasting solution to the seemingly intractable crisis.

The Tripartite Committee commenced its assignment on 15h March 2020. It paid courtesy visits and held extensive meetings and interactions with the Governors of Osun and Oyo States and other stakeholders, including the Management and staff of the Institution as well as staff Unions.

“The Committee also received written memoranda/position papers from the University Management, Staff Unions and the governments of Osun and Oyo States.

“In a bid to achieve an equitable and mutually agreeable dissolution of the joint ownership of LAUTECH by Osun and Oyo States, in the overall interest of the University and in consonance with the stipulations of the legal framework which had been adopted by both states, the Tripartite Committee undertook critical activities, namely:

Re-evaluation and updating of the Assets and liabilities of the University by relevant professionals from Oyo and Osun States in order to ascertain their current values.

“Forensic audit of the Ladoke Akintola University of Technology, Ogbomoso, and the University Teaching Hospital in Osogbo from inception to date by the audit firm of Deloitte and Touche; and Delineation of assets and liabilities for sharing by the two owner states of Oyo and Osun by Deloitte and Touche.

NÚC stands ready to work with all stakeholders to ensure the full and faithful implementation of the terms of the agreement in all its ramifications and we shall play our part in ensuring that LAUTECH gets back on track, in a harmonious milieu conducive to the discharge of its tripodal mandates of teaching, research and community service so that it may ultimately occupy its rightful place as a reputable University of Technology making cutting edge contributions to the advancement of knowledge, the technological and socio-economic development and global competitiveness of the nation,” he said.
Loading...