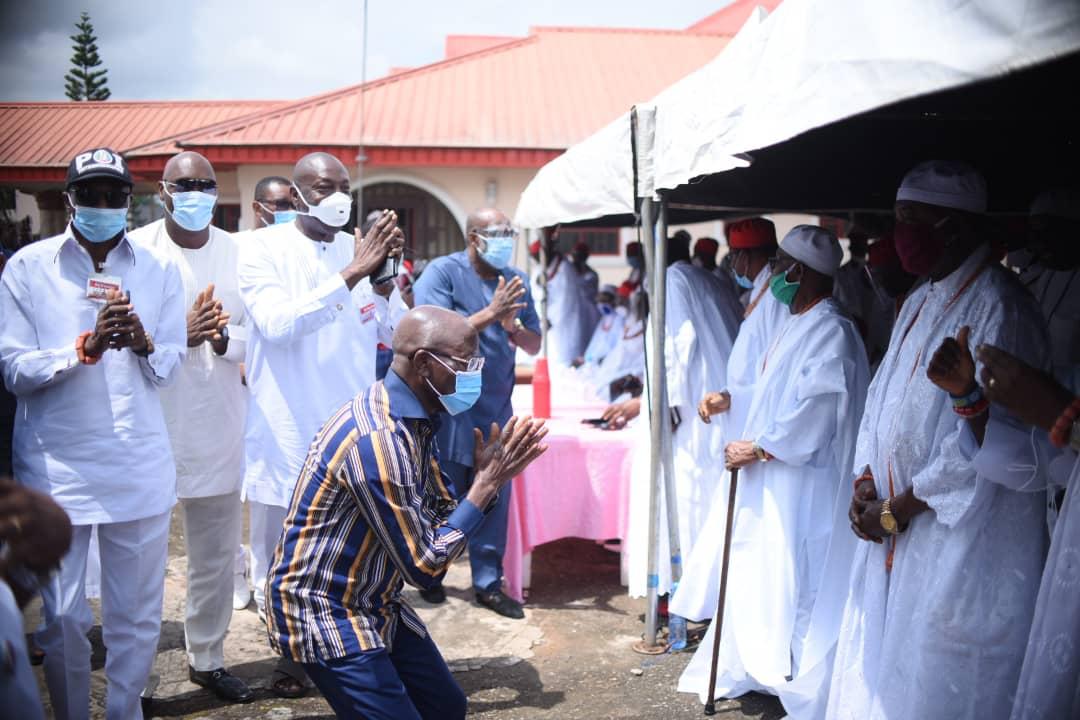 Adams Oshiomhole has been seen kneeling before Benin Council chiefs to beg for forgiveness.

National Chairman of the All Progressives Congress (APC), Comrade Adams Oshiomhole, has asked for forgiveness from traditional rulers in Edo state for endorsing incumbent Governor Godwin Obaseki in the Edo 2016 governorship election.

Oshiomhole, a former governor of Edo state, made the apology on Sunday at a meeting of Enigies (traditional rulers) in Benin Kingdom with the APC candidate, Pastor Osagie Ize-Iyamu.

He criticised Governor Obaseki, his estranged predecessor and benefactor, for allegedly abandoning the projects his administration initiated and for “frittering away the trust and resources of the state on ineffectual consultancies and MOUs.”

Hushpuppi gets another top rated lawyer in California