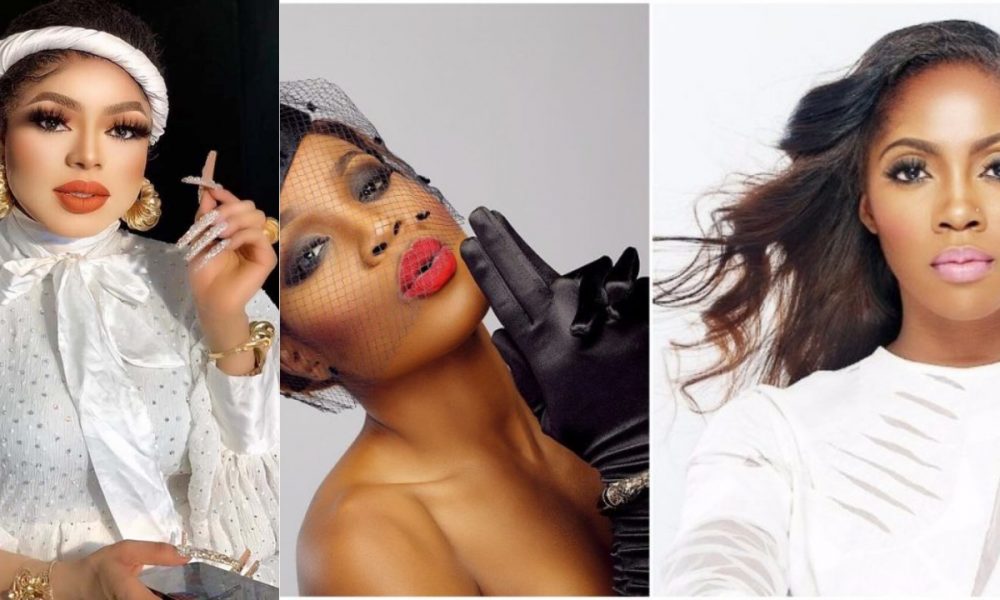 In the video, Tiwa and Seyi were seen exchanging words and almost getting violent over a conflict they had two years ago.

According to Tiwa, Seyi blocked her on Instagram, said negative things about her and still had the guts to ‘HI’ her at the saloon.

Bobrisky who is presently on a break due to his cosmetic surgery, has aired his opinion on the issue and according to him, he would do exactly what Tiwa did if he was in her shoes.

Taking to Instagram to say this, the 28-year old wrote;

@lady_brago wrote “Honestly I don’t follow both and Never their fans but it is high time we apply Tiwa method. I love how she called her out period no fake zone”