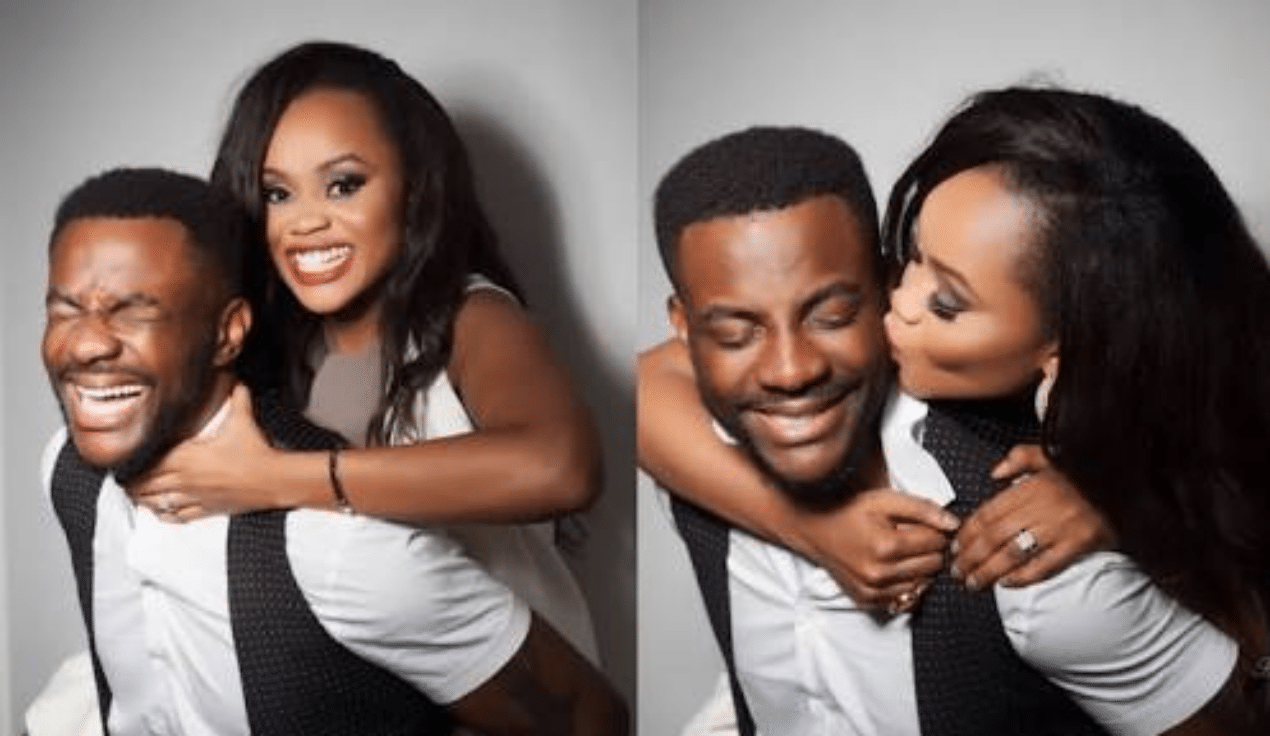 How Ebuka Obi-Uchendu met his wife, Cynthia on Twitter

Popular Media Personality and Big Brother Naija host, Ebuka Obi-Uchendu has revealed how he met his wife on the micro-blogging site, Twitter, while noting that there was no intention to marry her from the beginning. He said, “I met her on Twitter. We followed each other, exchanged messages a few times and then kept it moving.

“The connection wasn’t instant, but over time I think I realised that, beyond how much of a happy person she is, our values aligned so strongly that an attraction started to form. It also helped that she has the biggest smile in the world and laughed a lot at things I said and vice versa. From the day we started talking seriously, I knew literally two months later that I wanted to marry her”, he told Schick Magazine in a recent interview.

Widely known across Africa, the 39-year-old lawyer said that hosting the reality show was an opportunity many would not want to pass on adding that the chance had been a dream come true for him.

He said, “I think every TV host in Nigeria, if not the continent, always has an eye on hosting Big Brother. As humans, we continuously aspire to reach the top, so from the day I started hosting my first TV show in 2006, I started picturing it. I also figured it would make for a great story, seeing a former housemate host the show, but I didn’t sit around feeling entitled to it. I got on with my work, believing the opportunity would come one day. So, when it came, I was fully prepared for it.”

Ebuka also disclosed that he keeps his family life private because they did not choose to be in the limelight, but he chose that path.

He said, “If I could, I would never talk about them or even put out images of them anywhere. But, I cannot help it because I also love to celebrate them and show off how blessed I am with such an amazing wife. So, I have to balance it out and do it on my terms.”

The father of two also disclosed that one of the reasons for keeping his family off the Internet was because he got upset whenever his wife was talked about or attacked. He added, “It is very tough on different levels. For me, I get very riled up when she is attacked or talked about. I am very defensive and protective of her. While she’s also defensive of me, I think it’s more the fact that she was suddenly thrust into this life without knowing what to expect, so it took her a while to come to terms with it. She still fully hasn’t, but it’s a lot easier now.”

Hushpuppi to be sentenced in October- US court