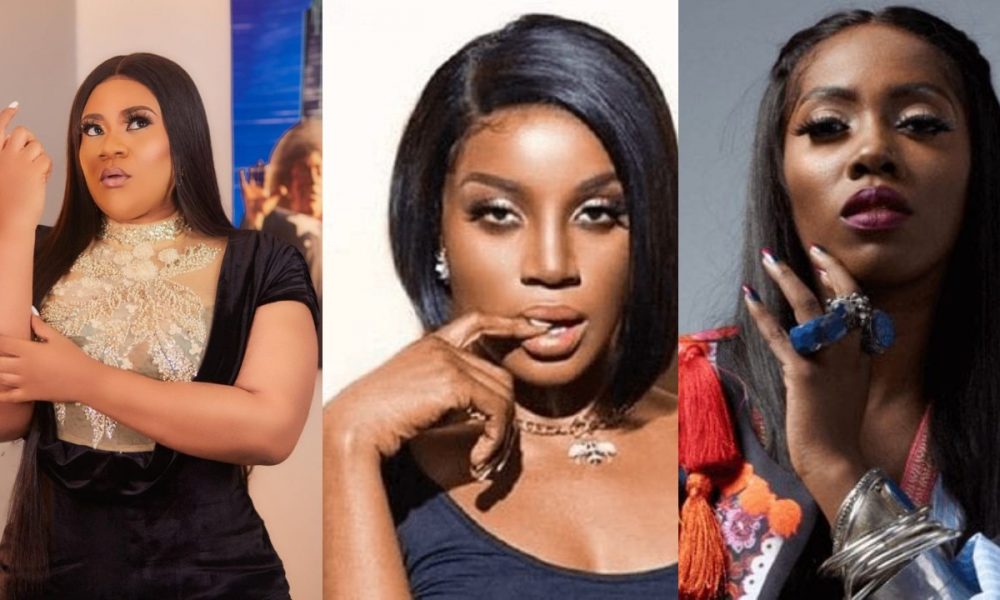 Nollywood actress, Nkechi Blessing has vowed to beat up anyone who insults her online and says ‘HI’ to her in reality when they cross paths just like Seyi Shay did to Tiwa Savage.

This comes after a video of Tiwa and Seyi’s fighting dirty at a salon over a feud they had 2 years ago, surfaced on social media.

According to Tiwa in the video, Seyi said HI at the saloon and she was not comfortable with it. her reason was that Seyi said negative things about her 2 years ago and went ahead to block her on social media.

Reacting to the video, Nkechi said she would beat anyone that tries such with her her.

See how social media users reacted to Nkechi’s comment on the fight;

@moiomolara wrote “NBS i like you oo but you need to shuushh on this. Do you think we’ve forgotten about you and bob??! When you met Bob at that party why didn’t you pull her wig”

@krimmyofficial___ wrote “Did you keep same energy with bobrisky after una insult una self online we see video of you people hugging,oga rest abeg”

@zinnieposh wrote “Hian! This one no even wait make matter drop. E don weigh in.”

@keepingup_with_bbnaija wrote “Nawa for her,she talks too much”