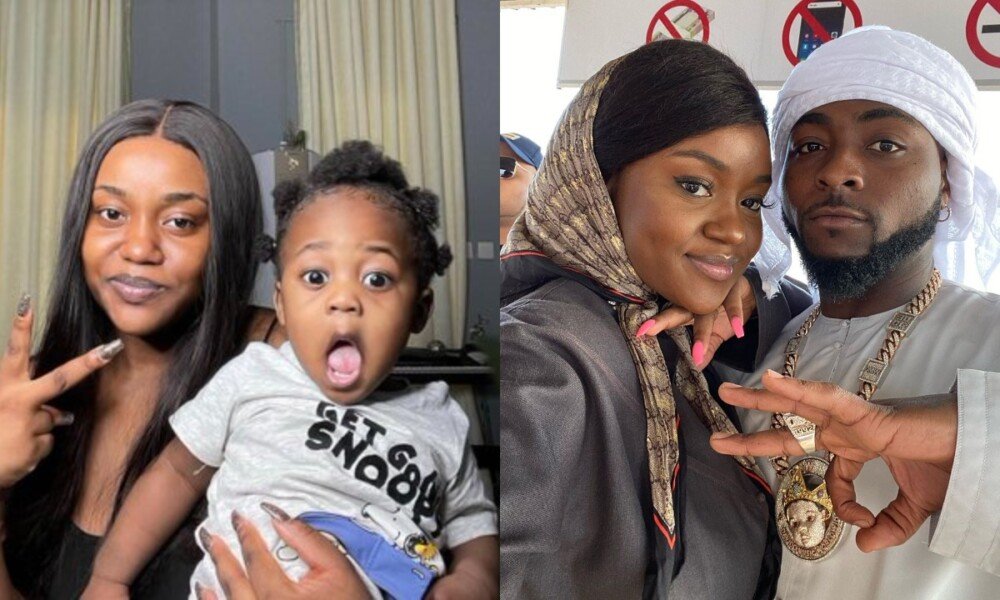 In Igboland that child belongs to Chioma – Nigerians react as Chioma vows to never allow Davido come close to their son, Ifeanyi

Kemi Filani earlier reported that a controversial blogger, Cutie_Julls alleged that the celebrity chef Chioma, vowed to take custody of the baby since Davido did not pay her bride prince. The blogger further alleged that Chioma’s parents are not taking side with their daughter because of their good relationship with Davido’s father.

See some of the comments generated after the news surfaced;

bosskuranyi wrote; ‘I have been reading the same thing on the Internet all the damm time, If David decides not to take care of this child, can Chioma take care of that child alone? You think the whole world is a small village in Igbo land.’

@b__forever18 wrote; ‘In Igbo land and even in court , that child belongs to chioma because Davido didn’t do a penny on her head’.

@2engrevelyn wrote; ‘Her bride price was not paid but he has done the first rites. She is right as it concerns Igbo tradition but it depends on her parents. I laugh at the mother, so she is a practicing Christian yet that happened to her daughter?’

@monique_pierce_201 wrote; ‘if she likes let her keep the boy away from him, he will still look for his father when he is grown.’

@etimajonathan wrote; ‘We always want to learn from our own mistakes instead of learning from other people’s mistakes. Who gets pregnant for a Guy under 25? Especially when he already has 2 official and 1 unofficial baby mamas? Nna, let’s lay on the beds we laid biko.’

@olaraiche12 wrote; ‘She can’t stop a father from seeing his children oooooo, especially if his actively involved’

@shalie_dighz wrote; ‘Abeg she should be calming down. Is she the first babymama??.