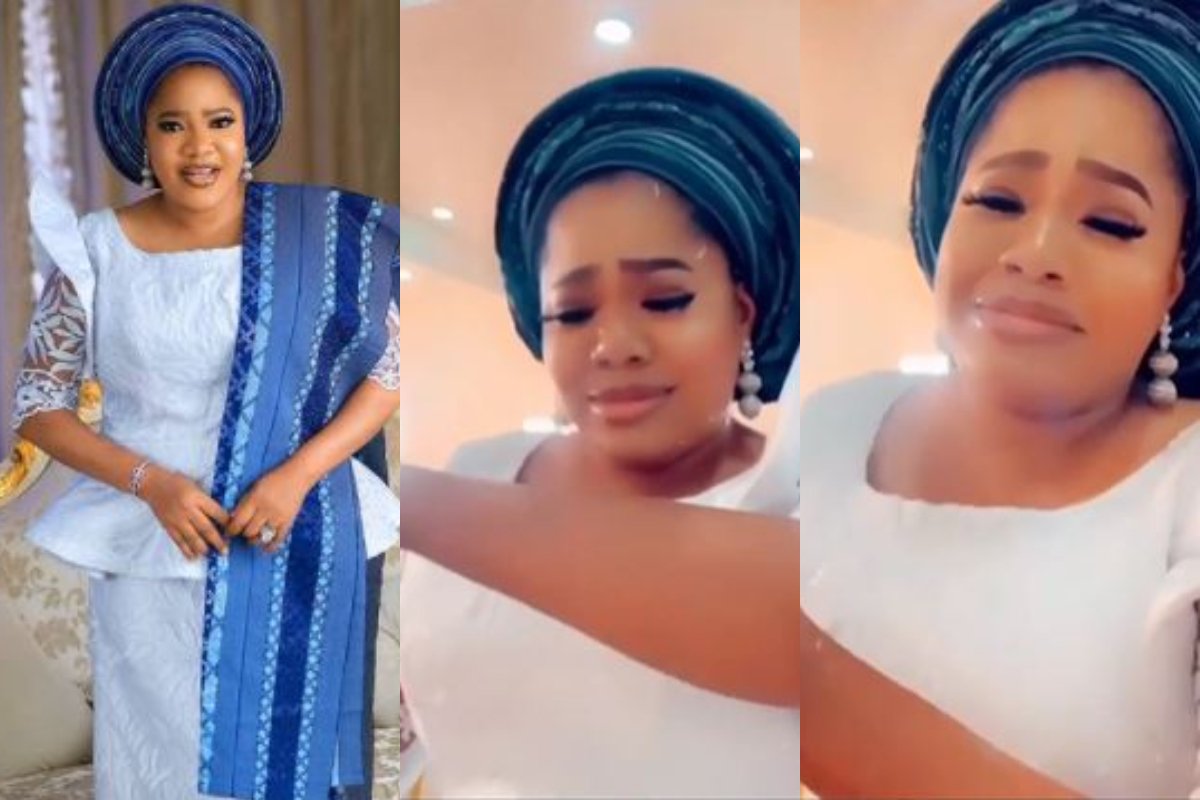 According to her, she had it on her arm the whole time until she realized it was off.

All effort to get it back proved futile as she never found it neither did she hear anyone talk about a missing gold watch at the funeral.

She lost the gold watch when she attended Iyabo Ojo’s mother’s funeral.

READ HERE;  ‘The only two artistes you hear when you put on radio in UK are myself and Wizkid’ – Mr Eazi

Photos of how Toyin Abraham, Sikiratu Sindodo, Dayo Amusa and other Nollywood celebrities stormed the burial ceremony of Actress, Iyabo Ojo’s Mum in Lagos, have surfaced on social media.

In the photos that are presently going viral on social media, these celebrities were seen rocking the beautiful Sky blue AsoEbi outfit.

See photos and videos of some of the guests below;