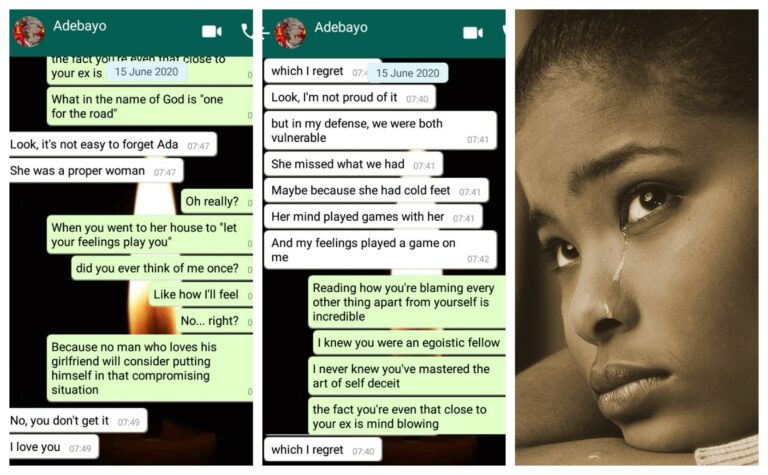 The Whatsapp chats exchanged between a girl and her cheating boyfriend has been trending. The WhatsApp conversation between the distressed girl and boyfriend shows that her boyfriend had a one night stand with his ex-girlfriend right before their wedding.

The distraught girl had a face-off and confronted her boyfriend after he slept with his ex a night before her wedding.

The girl found out about his act and she made her feelings known that she was hurt.

The boyfriend tried to justify his actions by saying the sex was meaningless and it was just ”One for the road”. He also said that he dated his ex for four years and they’d missed all the good times they had.

The lady wouldn’t have that and she said:”no man who loves his girlfriend would put himself in such a compromising situation.”

See screenshots of the conversation below ;

Toolz Oniru-Demuren twerks up a storm in labour room (WATCH)