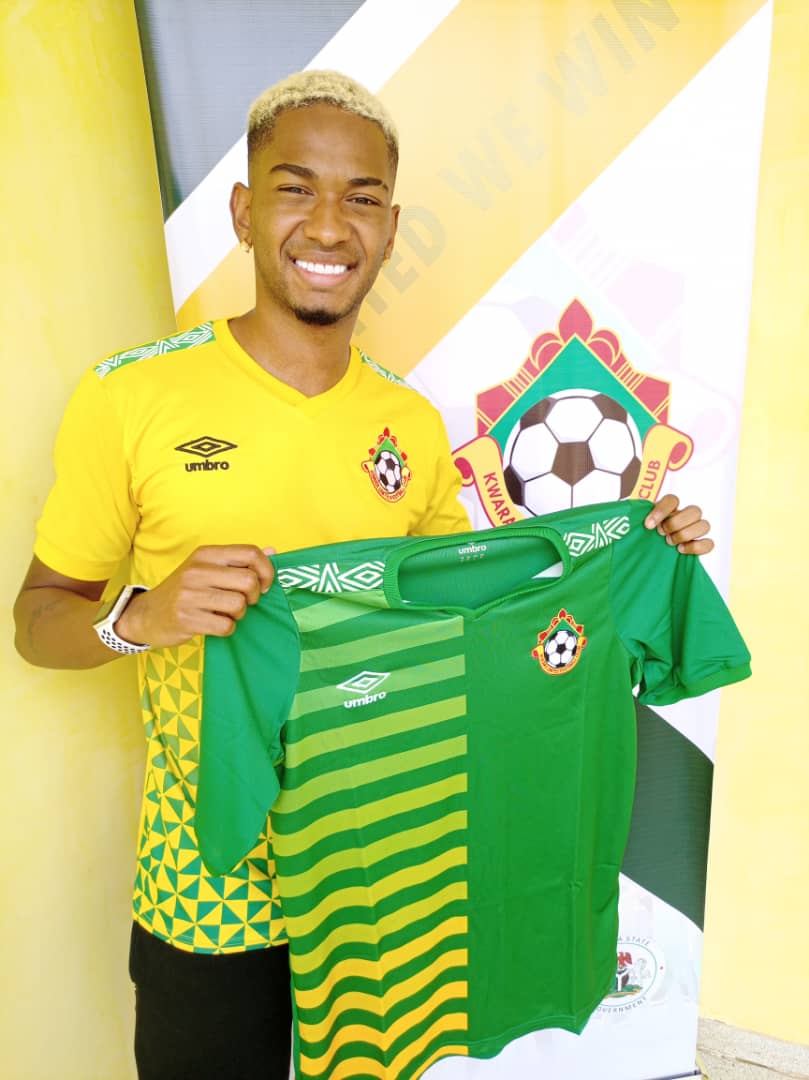 A Brazilian footballer has signed for Nigerian football club, Kwara United ahead of the new season.

A Brazilian Winger, Ribeiro Alves Lucas has been signed by Kwara United ahead of the new season. Alves was unveiled on Monday at the Kwara Stadium Complex.

The unveiling ceremony was done on Monday morning, October 5, at the Club Secretariat, stadium complex, Ilorin,” reads a tweet on the club’sTwiiter handle.

Former Super Eagles goalkeeper Dele Aiyenugba is one of the new players, who have linked up with the Harmony Boys.

Popular Boxer, Garcia Caught On Video Cheating On His Pregnant Fiancee With A Tiktok Star