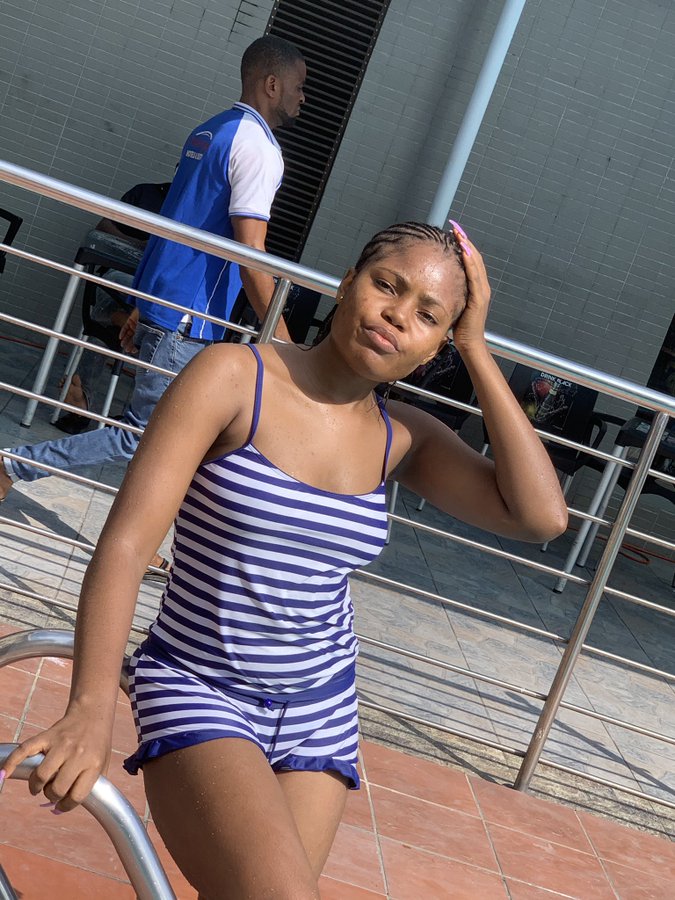 Umoren, a fresh university graduate had dropped a tweet on her handle on Tuesday seeking a job and had got many replies in that regard.

A Nigerian lady on Twitter whose hande is @UmohUduak1, has pleaded for help over her missing friend Iniubong Umoren, who had gone job-hunting in Uyo, Akwa Ibom State.

A Twitter thread, “#FindHinyHumoren has been created to this effect.”

Umoren, a fresh university graduate had dropped a tweet on her handle on Tuesday seeking a job and had got many replies in that regard.

She had written, “#AkwaIbomTwitter please I’m really in need of a job, something to do to keep mind and soul together while contributing dutifully to the organisation. My location is Uyo, I’m creative, really good at thinking critically and most importantly a fast learner. CV available on request.”

She was allegedly invited by a young man, Frank Akpan, who is now suspected to have kidnapped her as calls to her telephone lines are not connecting.

@UmohUduak1 explained that her friend had gone for an interview around Airport Road, Uyo and while trying to call her friend she heard her screaming, which raised her suspicion.

In separate tweets, @UmohUduak explained, “Y’all my friend @HinyHumoren is in trouble and she needs our help. I’m currently in Lagos and I can’t help than to put this out there.

Earlier today she told me she was going for a job interview at airport road which is quite far from her house.

“To cut everything short, she sent me a 1sec audio record on WhatsApp and I had to call her back to know if she wanted to say something to me but immediately I called her I heard her screaming. Someone, please help her out.

“This was our last chat before she left for the interview. It was immediately I got this 1-second voice note from her that I called her and she has not been taking my calls. Y’all help me out.”

She also wrote, “The police burst the said location, picked the kidnappers father that seems to be aware of his son’s criminal activities. The man’s phone contains a lot of information and they on their way back to the station. And my friend is nowhere to be found.

“My friend does not deserve any of this, nobody else does. she went to seek a job that could fetch her money and so in the end, she can take care of herself. She didn’t go anywhere aside job interview. Y’all please don’t stop @HinyHumoren must be found. #findhinyumoren.”

The suspect’s accomplice, Emem-Obong Emmanuel Edem has also tried deleting his response to Umoren’s tweets and deactivating his Twitter account.

Meanwhile, the suspected kidnapper, Frank Akpan, took to his Facebook page to debunk the allegation without further proof of his innocence.

His post read, “Please I am not holding her hostage nor do I know anything about her whereabouts. My phone has been off because I’ve been getting threatening messages due to the misunderstanding.”

Nigerians on social media have volunteered to help as many are trending the hashtag while so many have traced the alleged kidnapper’s Facebook name, phone number, among others.

@Durbarman said, “I’m with the Commissioner of Police, Akwa Ibom. He said the Police at Uruan are on top of the case. Also met with the OC Anti Kidnapping while updating the CP. We pray she is found alive.”

@Adachizo_ wrote, “This is his LinkedIn account, it says he attended Salem Academy, Abuja, does anyone know that place, maybe he could have a friend from there and could be traced, his LinkedIn doesn’t show enough information.

“Plus I tried to run an image search with one of his pictures but he seems to always wear shades or a face mask, if there’s anyone with an open face picture of him, (they) can send it here or run the search too, hopefully, we find something.”