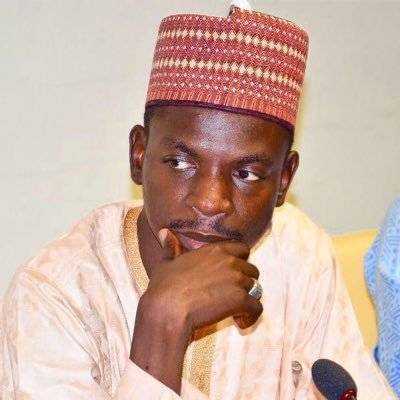 SaharaReporters had exposed how Ahmad had been active on the micro-blogging platform, defying the ban order placed on the app by his principal.

Bashir Ahmad, the Personal Assistant to President Muhammadu Buhari on Digital and New Media, has come under fire for using the micro-blogging platform, Twitter, despite the suspension of the platform by the Nigerian government.

SaharaReporters had exposed how Ahmad had been active on the micro-blogging platform, defying the ban order placed on the app by his principal.

Though his last tweet was on June 4, the day the Buhari-led government announced the ban on Twitter, a check by SaharaReporters on Ahmad’s account showed that he liked a picture posted by the National Youth Leader of the All Progressives Congress (APC) Caretaker Committee, Ismaeel Buba Ahmed on November 12.

Ismaeel is also the Senior Special Assistant on National Social Investment Programme to the President.

The Personal Assistant to the President on New Media also liked a tweet from one Haramain Sharifain (@hsharifain) about Buhari’s visit to Masjid Al Nabawi, Madinah, Saudi Arabia on October 28 and another one by the Prime Minister of Ethiopia on September 11.

The story has since attracted the outrage of Nigerians who described the President’s new media aide as ‘irresponsible’.

Below are some reactions to the report;

@NGR Buhari’s Digital Media Aide, @BashiAhmaad, returning to Twitter after banning it is hypocritical & disrespectful to his principal! Why can’t he and other defaulters lead by example! I wonder his digital functionality & professionalism without Twitter! Deceivers+ Hypocrites! — Ferdinand (@Ferdina22444189)

This is irresponsible of of a media and to the president. — Major general bazo (@Ibnbazo)

lol they miss twitter but wickedness was why they also deprived themselves from freedom of expression. — (@TheBlackOla)

Does Bashir even know what the word banned mean in English? — sleektruth (@Abiz_Gboy)

He has been suffocating since. He should just tell his emperor boss to just throway shame and lift the Twitter suspension. We know all of them are in prison in their own Govt. E dey pain them say we dey tweet and nothing is happening to us. — (@CreekBoy14)

He has missed life, he wants to enjoy life again. I hope he is not using VPN to tweet — Adebowale (@Adebowale2580)