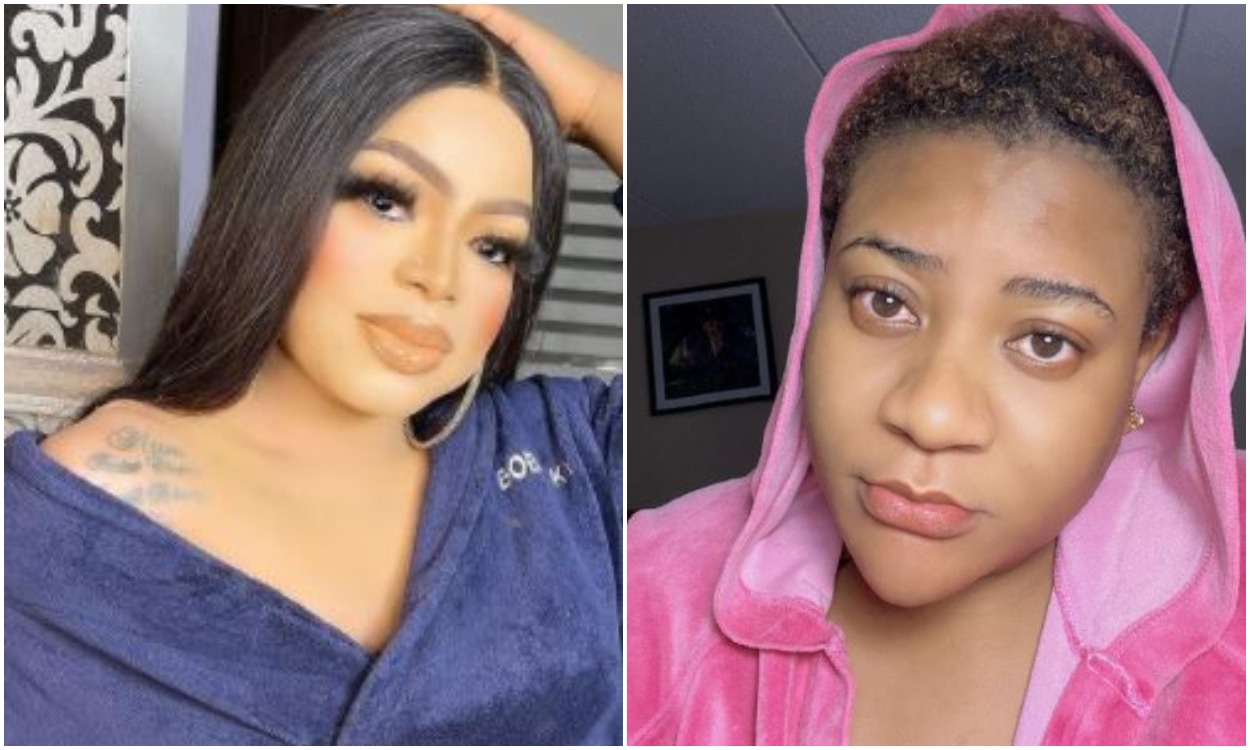 Trouble started after Nkechi Blessing via her social media page apologised to a zealous fan for not appreciating her enough after she tattooed her name on her hands. Read here

This came a moment after the controversial male barbie, called out celebrities who did not appreciate nor compensate fans for expressing their love towards them by tattooing their names.

Reacting the apology tendered by Nkechi Blessing to her fan, a social media user who’s obviously a Bobrisky fan wrote; ‘the fear of Bobrisky is the begining”

Reacting to this statement, Nkechi slammed both the fan and Bobrisky calling them both mad.

Angered by such slur, Bobrisky rained curses on the actress threatening to open her can of worms if need be.

In her words, she wrote;

“Nkechi or whatever your names is called !!!! I like my space and peace a lot, that is y I don’t follow people here, but when you crossed your lane you are definitely waking a dangerous python up, I know you and clout are 5 and 6 and we are both SHAMELESS!!!! So let roll d dice. Never in your life mention my name on ur stupid page again !!!!! I repeat if u nor wan make sango and Ogun strike your whole generation. If you have any issue with me be brave and face me let roll d dice. Na me say make you they do audio giveaway for your page ? Or na me swear for you not to have money to appreciate your so called fans for writing your name. If that person that wrote your name know how broke you are she won’t even dare . ABEG I’m not part of d people you share your pu***y palliative too o ! So it easy to drag you like I pass my neighbor generator. I will be expecting your reply on dis so I can now fire back all your bad records.”

‘Battle of the shameless’ Nigerians mock Nkechi Blessing, Bobrisky as they continue to drag each others jaw