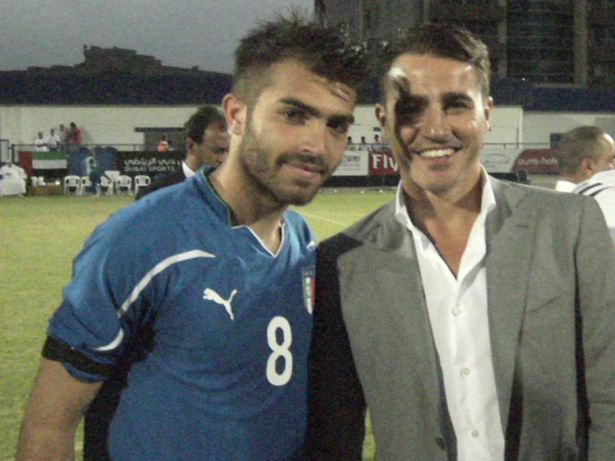 Former Parma Calcio 1913 footballer Giuseppe Perrino, who hailed from the Italian comune of Poggiomarino in the Province of Naples, suddenly passed away on 1st June.

Giuseppe Perrino, pictured with with Fabio Cannavaro, collapsed on the football field during a memorial match commemorating his brother Rocco

Daily Star UK reports that an Italian former pro footballer has died of a heart attack at the age 29 while playing a match in memory of his brother who died three years earlier.

Former Parma Calcio 1913 footballer Giuseppe Perrino, who hailed from the Italian comune of Poggiomarino in the Province of Naples, suddenly passed away on 1st June.

Local sources said he collapsed on the pitch in his hometown during a memorial match for his brother, Rocco, who died from a sudden illness at the age of 24 while he was cycling in June 2018.

Paramedics arrived at the scene shortly after Perrino collapsed and tried to revive the 29-year-old but pronounced the former footballer dead.

He was reportedly found to have died of a heart attack.

Perrino, who played as a central midfielder, represented his country in the Italy Lega Pro U-21 team, and the national under-21 C team.

He was transferred to Parma in 2012 when the club was still in Seria A but did not have any official appearances. Perrino’s club career saw him play in Italy’s third and fourth divisions.