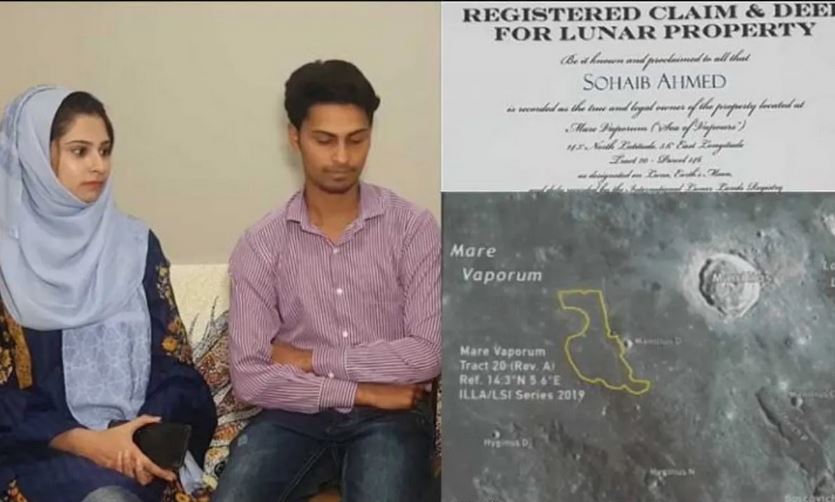 The LSI states that for a land claim to be granted legal recognition and certification, a human-based settlement must be established and permanently inhabited on Luna.

A 23-year-old Pakistani man, Sohaib Ahmed, who got married six months ago, has bought a one-acre plot of land on the moon as a wedding gift for his wife, Madiha.

Ahmed, a resident of Rawalpindi, bought the lunar land in the region called ‘Sea of Vapour’. The land was bought for $45 from the International Lunar Settlement Initiative (LSI).

The LSI states that for a land claim to be granted legal recognition and certification, a human-based settlement must be established and permanently and continuously inhabited on Luna.

“The location and population of the settlement may change, as long as there continues to be an inhabited settlement within the claim. This settlement may include temporary shelters and structures; moveable vehicles or assemblies; permanent facilities for research, mining, construction or human habitation; tourist accommodations; and/or strategic emplacements.

Upon the recognition and certification of land claims, property owners shall be entitled to inhabit and develop their property in any manner, subject to any laws or statutes that may be established by the sovereign and independent government of Luna, which shall be freely elected by its citizens,” reads the statement on LSI’s website.

Drama As Man Goes Wild, Stabs His Own 20-Year-Old Sister To Death During An Argument