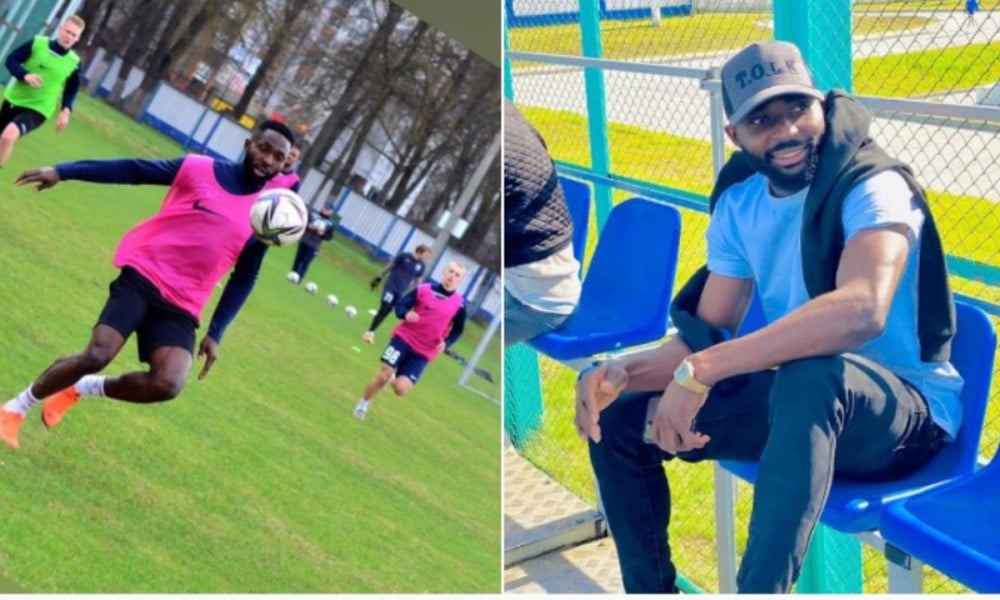 Famous Nigerian soccer star, Kelvin Odenigbo, playing for FC Vitebsk in Belarus, has been found dead after reportedly drowning in a lake.

The Belarusian Premier League club confirmed the incident in a statement on its website.

The club said the corpse of the 20-year-old striker was found on Saturday by the lake Beloye, a tourist destination in the Vitebsk region.

In the statement, the club said Odenigbo drowned and his corpse was found on Saturday, June 5, by the lake Beloye, a tourist destination in the Vitebsk region.

“We express our sincere condolences to the family and friends of the football player.

The football club Vitebsk reports that on June 5, 2021, on the lake Beloye, in the area of the tourist base Verasy, OSVOD employees found the drowned Kelvin Odenigbo.

We will publish all official information as it becomes available. We express our sincere condolences to the family and friends of the football player, as well as to all the fans of the team,” the statement reads.

However reacting to the sad incident, Nigerian musician N6, says he senses foul play and called for further investigations into the real cause of the footballer’s death.

“Suspicious drownings have always been a weird way Nigerians have been killed overseas. Our foreign mission shouldn’t accept this story at Face value and should force the Belarus PD into Full scale investigation,” N6 wrote.

Odenigbo joined the club on loan from NAF Rockets FC, the Nigerian National League side, at the end of last season before making the switch permanent for the 11-match-old 2021/22 season in March 2021.