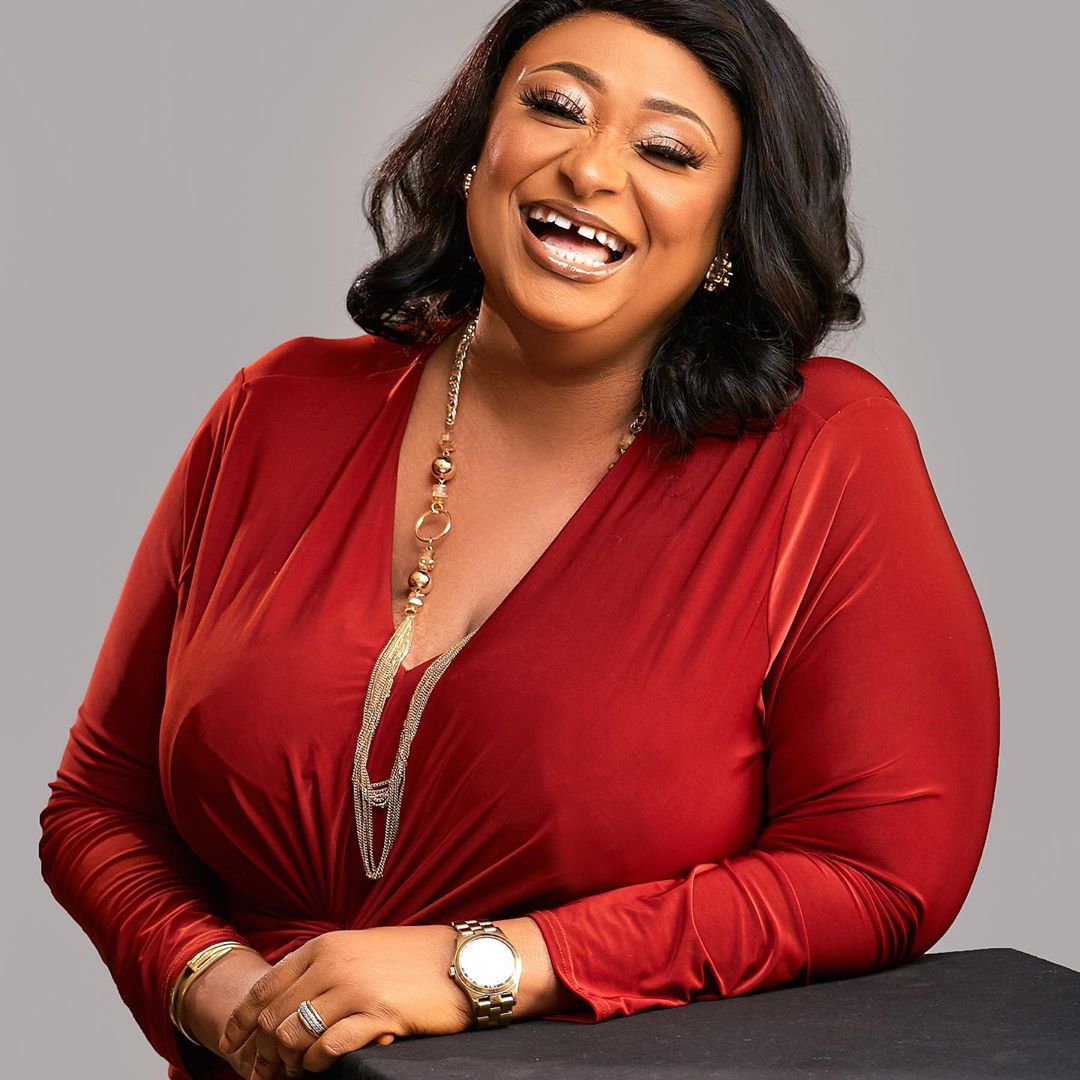 Joining the trend of super stars and celebrities who releases new photos to mark their birthdays is actress Ronke Oshodi Oke who is a year older today!

She rocked three outfits, a red, a whit and black for the beautiful photo shoot.

“Our life is a gift from the Creator.
Thank you Lord for another great chance to make a difference.
Happy birthday to me” the actress and mum of two gushed as she released the photos on her Instagram page moments ago.

“It is not because they are actors that their marriages crash .

There is nobody that is insulated from what’s happening in the society at large. Generally, there are many marriages that don’t last. I have seen someone that was married for just two years and she left the marriage. It is not because one is an actress or an actor that one’s marriage would scatter; it is because that’s what is ‘reigning’ for now. It takes true love for anybody to remain in a marriage when the two partners no longer have feelings for each other.”

The actress also stated that people who engage in prostitution (popularly called runs) weren’t doing it because they were in Nollywood. She said, “People who do such things would still do it even if they weren’t in the industry. It is because that is who they are. Even if they are in another industry, they would act that way. The president once said that Nigerian youths are lazy. And that’s because everybody, including me, wants free money. Everyone wants to reap from where they didn’t labour.”

On the things she was not happy about in the industry, Oshodi-Oke said, “I wouldn’t say there are some things I don’t like about the industry because there are no jobs in Nigeria and this is the only opportunity many people have. I would have said the way people are coming into the industry is not the way they are supposed to, but people are just trying to make ends meet. We really cannot blame anybody.

There are lawyers, doctors, engineers and other professionals among us who are supposed to be working in other fields. But when jobs are not forthcoming, they have no choice but to join Nollywood. Though I personally don’t like it, there is really nothing we can do about it.”