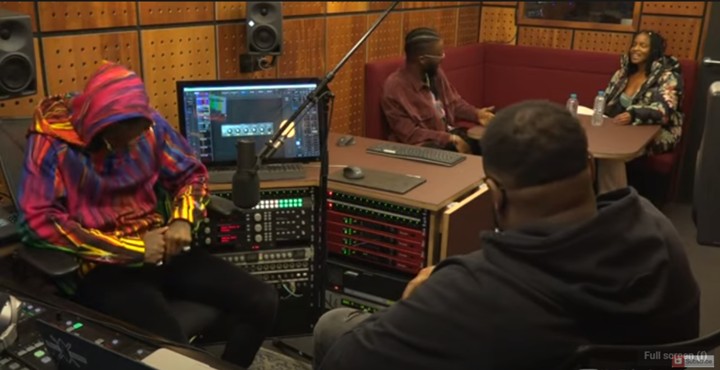 Nigerian superstar musician, Wizkid has been seen teaching a Nigerian-British born presenter how to speak her local language.

Wizkid tries his best to teach presenter Yoruba languagea
A video has surfaced showing the moment Nigerian superstar singer, Wizkid Ayo tried his best to help a Nigerian-Born British presenter learn how to speak Yoruba.
The incident happened during an interview conducted by the presenter identified as Julie Adenuga.
The ‘Machala’, gave some lessons to the Apple Music Beats 1 global radio host during a live ‘Youtube Original’ live interactive performance on Starboy TV, Afrolic reports.
Julie, while struggling with the lines from Wizkid’s latest album, asked the Starboy boss to give her some Yoruba Basics, and it was a hilarious moment.
The show host who Adenuga wrote and presented Skepta’s ‘Greatness Only’ documentary for Noisey, also says she needed an online Yoruba Teacher.
Her talents have been noted and recognized with mentions in Forbes 30 under 30, NME’s 500 Most Influential People in Britain, and in Debrett’s 500 List: Music, with a feature in Fader quoting Apple dubbing Adenuga as one of London’s most vital tastemakers.
Watch video here

READ HERE;  Couple caught having sex in park yards from Buckingham Palace amid Coronavirus lockdown (Photos)
Related Topics:
Up Next