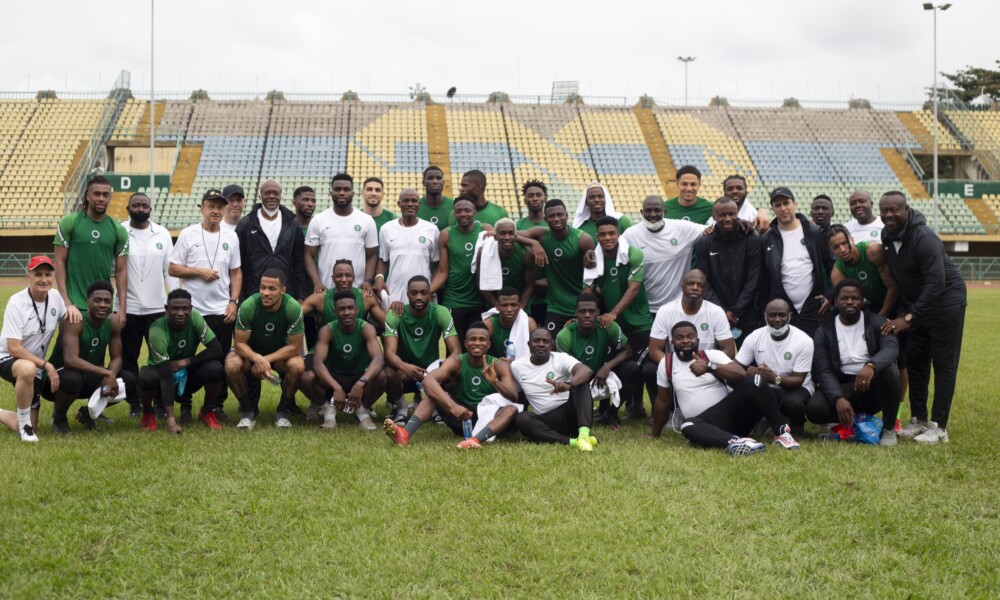 All the invited players for Nigeria ahead of this Friday’s international friendly against Cameroon are now in camp.

Genk striker, Paul Onuachu, is the last of the invited players to arrive at the Super Eagles’ base in Austria.

The 26-year-old was in blistering form for John van den Brom’s Smurfs lasts eason, helping them to finish as runners-up in the Belgian top-flight behind winners Club Brugge.

Onuachu’s eye-catching performances saw him named the 2020-21 Belgian League Player of the Year and winner of the Golden Boot diadem.

With his presence in the camp, Rohr now boasts of 20 players in his squad for the showdown against the 2021 Africa Cup of Nations hosts.