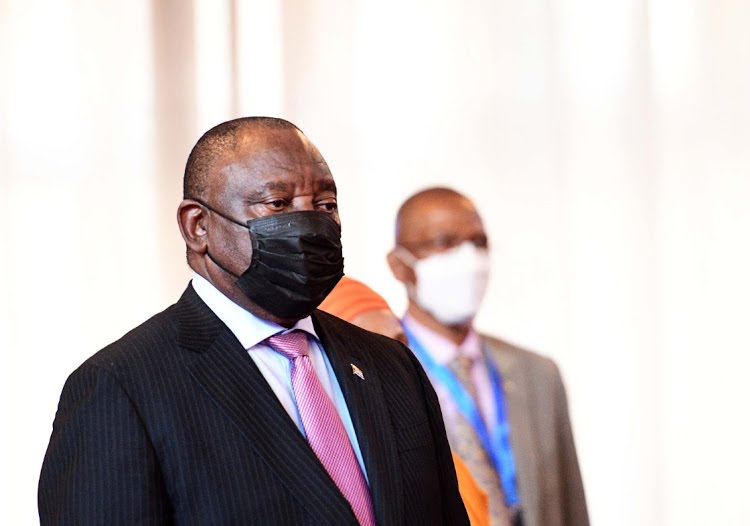 President Cyril Ramaphosa of South Africa couldn’t stop himself from crying out after his iPad was reportedly stolen.

President  Ramaphosa
The President of South Africa, Cyril Ramaphosa has cried out on live television for his stolen iPad to be returned.
The incident happened in Cape Town on Tuesday.
His announcement that the National Ports Authority was now an independent subsidiary of Transnet was briefly delayed because he was unable to find the device which contained his speech, bringing comic relief into the room.
After being introduced to the podium by acting presidency spokesperson Tyrone Seale, Ramaphosa said in jest: “I am looking for my iPad. Somebody stole my iPad.
“Somebody decided they want to dispossess me of my iPad, so I want that. Can I have my iPad please? They stole it.”
Ramaphosa, who looked genuinely puzzled, then said: “I had my iPad.”
Holding the microphone and looking sideways, he asked Seale: “Do you know where they took my iPad to?
“This is the problem of always handing your gadgets to other people. It is always best that I should keep all these things with me all the time.”
Looking at Seale, a seemingly confused Ramaphosa said: “I had my iPad. I had it in my hand. It’s gone. I have lost it, it seems.”
The president rarely deviates from his written speeches.
Seale asked Ramaphosa to take a seat while officials tried to locate the device.
Seale later reintroduced the guests and invited Ramaphosa back to the podium. With his iPad in hand, the president thanked guests for their patience and made his announcement.
Watch video below: