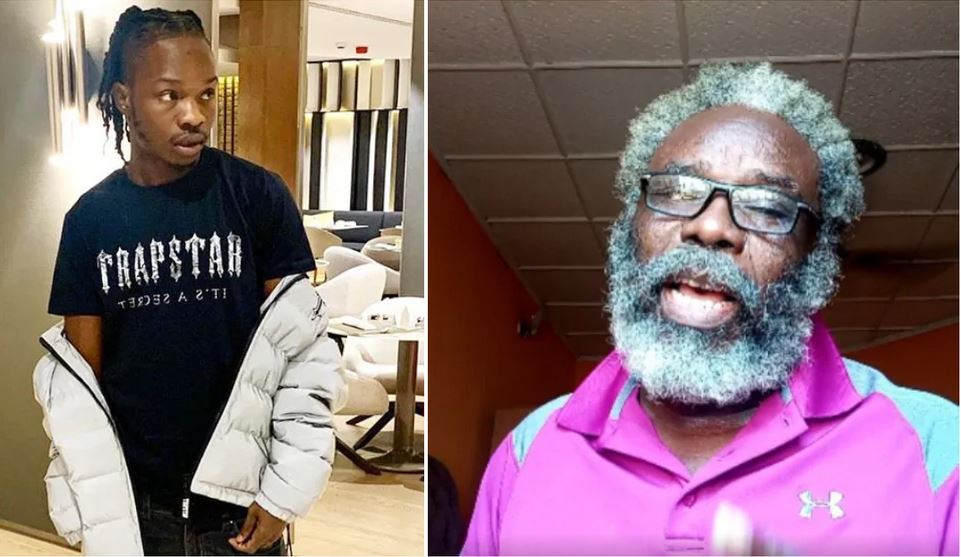 What I Did After Naira Marley Promised To Send Me N1 Million – Veteran Actor, Jude Chukwuka Reveals

People were stunned when Jude Chukwuka, became an Internet sensation after posting video clips of himself singing along to one of Marley’s songs titled, Mafo.

There is no doubt that controversial singer, Azeez Fashola, aka Naira Marley, has a lot of fans and their numbers seem to be growing by the day. Despite his vulgar lyrics, the Opotoyi singer’s admirers are drawn from various walks of life.

However, many were surprised when a 56-year-old actor, Jude Chukwuka, became an Internet sensation after posting video clips of himself singing along to one of Marley’s songs titled, Mafo.

In an interview with Sunday Scoop, Chukwuka, who speaks Yoruba fluently, said, “I enjoy singing and in recent times, Naira Marley has become my favourite artiste. It’s like I help my contemporaries to hear and understand what these young boys are doing. I don’t know why the video of Mafo that I posted went viral. I had actually wanted to do another song but I changed my mind and that one went viral. I didn’t know it was going to spark such an interest globally and I’m glad it did. I cannot say how long it took me to learn the lines because I must have heard the song over a hundred times. Every time I heard it, I picked one or two lines and in a short while, I started to sing along.”

Chukwuka also disagreed with people who believed that Marley’s lyrics encouraged wayward lifestyles. He said, “Naira Marley’s songs glorify the rot that our leaders allowed to fester. If as a result of ineptitude and nepotism, our leaders have turned society upside-down and somebody earns a living from glorifying the rot that their stupidity caused; of course, they would fight that individual because that person shows their incompetence and inefficiencies. Some people think that ‘Marlians’ are irresponsible but that is what the press has made people believe. If you connect the Marlian slogan with irresponsibility, what about our political parties? Are we saying that everybody in suits and ties are saint. All political parties have irresponsible followers too. It all depends on where one stands. Not all Malians are irresponsible. It is only those who are in government and those who do not want to accept the realities of society that consider Malians to represent irresponsibility.”

Chukwuka also insisted that the lyrics of Naira Marley’s songs were not too vulgar for an elderly actor like him to promote. He added, “It depends on where one is standing. If you have your head in the clouds, you would say the lyrics are vulgar. But if you have your feet on the ground, you would realise that he sings about the realities of our society. I chose to disregard the messenger and listen to the message. In the process, I found that his lyrics are not vulgar. They are the realities we are struggling with in society. I believe those running the affairs of this nation should listen to what he (Marley) is saying.

“The president of the country does not command as much following as Naira Marley does. As far as I’m concerned, Marley has become a mouthpiece for pointing out the realities of society. But those in leadership don’t want to hear those truths, so they would rather give the young man a bad name so his ‘products’ wouldn’t sell.’’