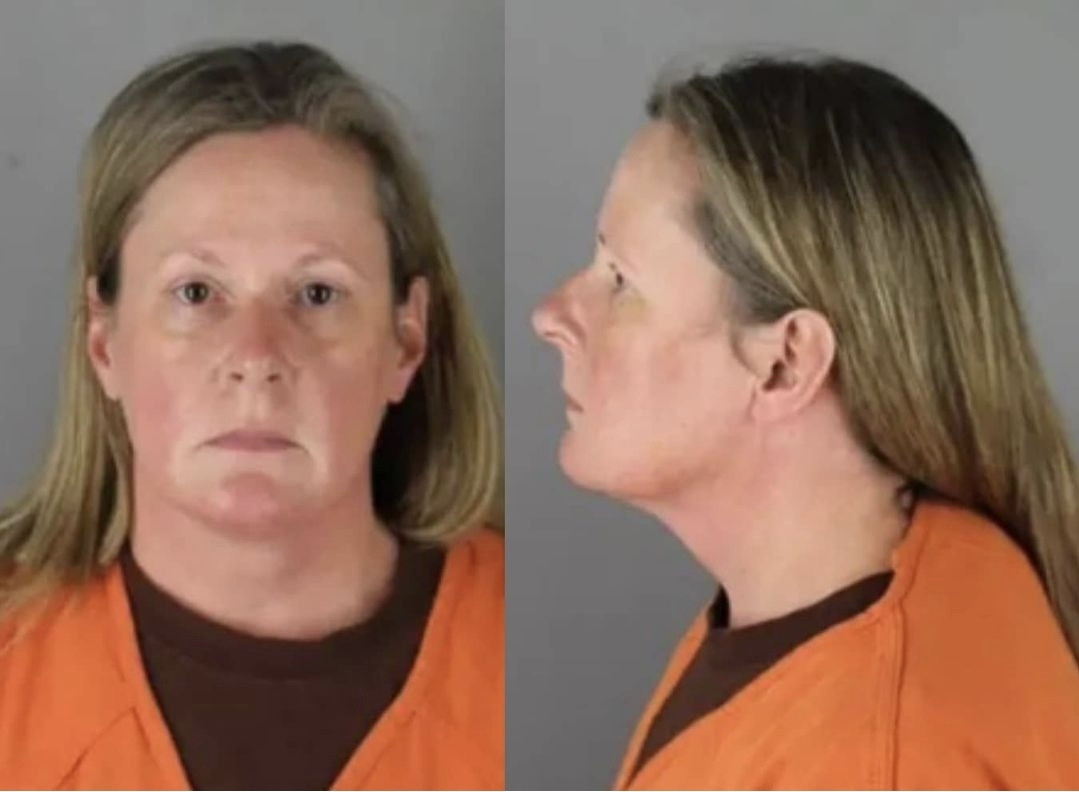 A white police officer who shot dead a black man in the United States has been arrested and charged.

Kim Potter
Kim Potter, the female police officer who shot and killed black man, Daunte Wright has been arrested and charged with second degree manslaughter.
The former Brooklyn Center police officer shot Wright during a traffic stop.
Kim Potter, a 26-year veteran of the Brooklyn Center Police Department, was taken into custody about 11:30 a.m. at the Bureau of Criminal Apprehension in St. Paul, officials said on Wednesday, April 14.
She was charged with second-degree manslaughter in connection with Wright’s death and is being held without bail, Washington County Attorney Pete Orput announced.
Wright, a 20-year-old Black man, died of a gunshot wound to the chest, according to the Hennepin County Medical Examiner’s Office, which classified the manner of death as a homicide.
He was shot and killed during a traffic stop just before 2 p.m. on  Sunday in Brooklyn Center, after officer Potter said she mistook her taser for a gun and fired at him. He died about 10 miles from where George Floyd, another black man was killed by a Minneapolis police officer last year.
Potter and Brooklyn Center Police Chief Tim Gannon resigned from their positions on Tuesday in the wake of Wright’s death, which occurred just 14 miles north of where George Floyd was killed last year.
The day before he resigned, Gannon told reporters that the officer meant to draw a Taser but “drew their handgun instead of their Taser.
Wright family attorneys Benjamin Crump, Jeff Storms, and Anthony Romanucci said in a statement that the district attorney’s charging decision was only a step in the right direction.
“While we appreciate that the district attorney is pursuing justice for Daunte, no conviction can give the Wright family their loved one back,” they said in a statement. “This was no accident. This was an intentional, deliberate, and unlawful use of force.”
“A 26-year veteran of the force knows the difference between a taser and a firearm. Kim Potter executed Daunte for what amounts to no more than a minor traffic infraction and a misdemeanor warrant,” they said. “It’s past time for meaningful change in our country.”
“A badge should never be a shield to accountability. Daunte Wright was brutally killed by a police officer, and justice must prevail,” Derrick Johnson, NAACP President, said in a statement.
Watch the video herehere