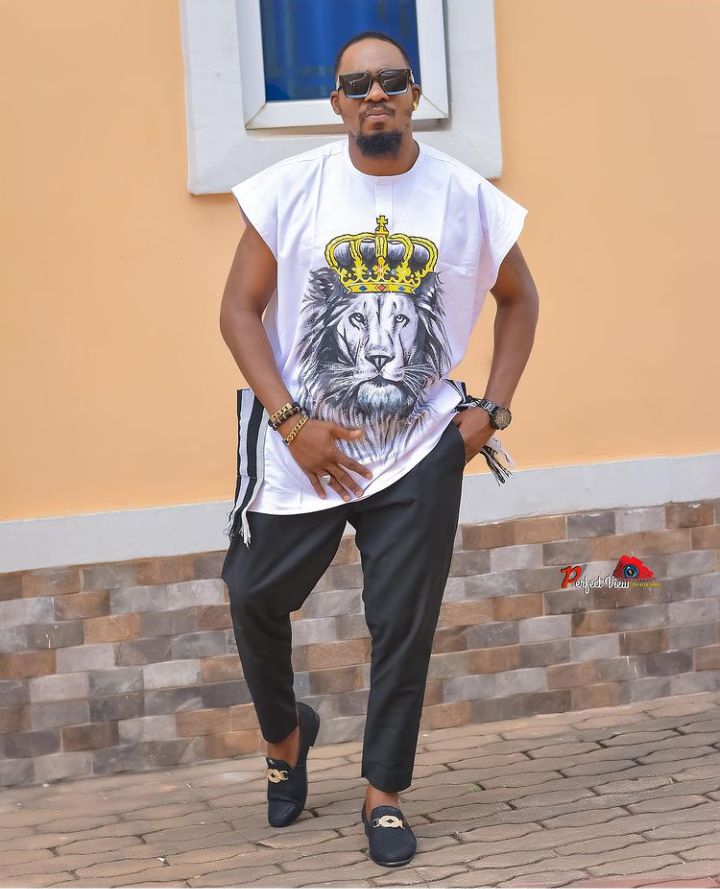 You do anyhow, you see anyhow” – Actor, Jnr Pope reacts following video of him smashing man’s car in street fight

Popular Nollywood actor, Junior Pope Odonwodo, better known as Jnr Pope, has reacted after a video of him engaging in a street fight with a man surfaced online.

In the video, which found its way to the internet, the thespian, who appeared furious after he got into an altercation with the man, smashed the windscreen of the man’s vehicle repeatedly.

A voice behind the camera is heard berating the actor for fighting publicly despite being a celebrity and a role model to many.

In an apparent reaction to the the incident which reportedly happened in Delta State, the father of three shared a photo of himself and hinted that his reaction to things is a result of the attitude he gets from people.

Meanwhile, Nollywood actor, Charles Okocha has finally reacted to a viral video of him smashing a man’s windscreen after spotting his daughter inside the car with him.

The video made rounds on social media recently and it was alleged that the actor was fed with information that the guy in question who took his daughter out, allegedly wanted to “jazz” his daughter during their outing. Watch here.

In reaction to the viral report, Charles has come out to debunk the claims, while stating that the viral snippet is a scene from a yet-to-be released movie.

Speaking in a chat with Punch, the actor stated that the lady in the video is not his daughter and he would never go to such length in real life.