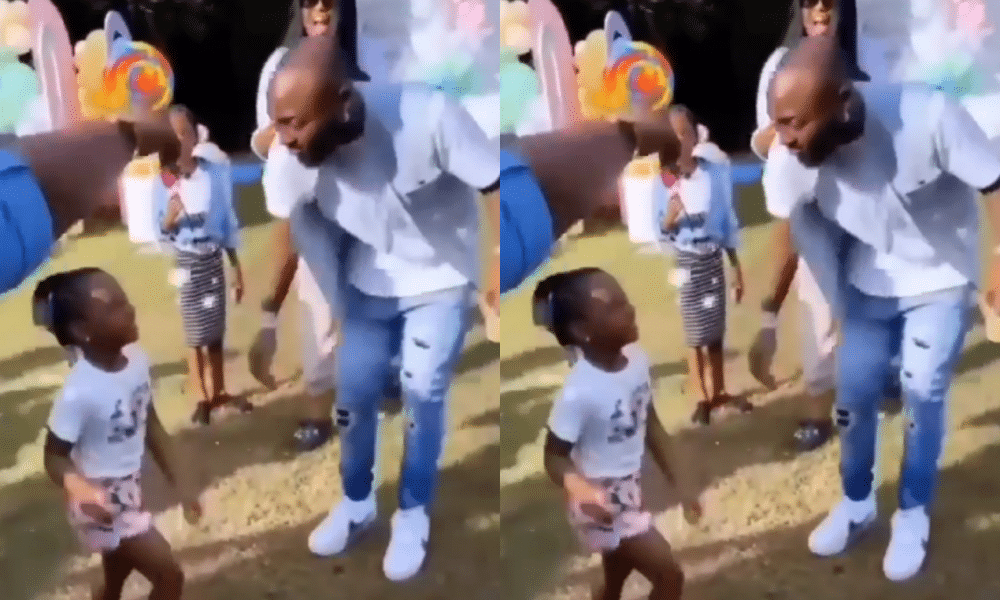 Nigerians have taken to social media to react after famous singer, David Adeleke, better known as Davido playfully spanked his daughter, Hailey Adeleke for twerking at her birthday party.

Davido’s second daughter, Hailey Adeleke, celebrated her birthday, yesterday, May 9th. The excited child decided to twerk up a storm after se was asked to dance at the event.

Davido wasn’t having it as he decided to spank her playfully, sending a message to her that he doesn’t appreciate it.

Reacting to the video, Zin Annie wrote, “Don’t mind your daddy.. we all know you ll still grow up and twerk “

Miss Chidell wrote, “No be by this one oooo… guys go do this girl Wetin u the do other girls whether u like it or not”

Onyii D wrote, “What do we really expect? Music has become so sexualized and leave an impression on young people. The small mind will say “it’s only fun” but the discerning mind will see how HollyWEIRD has influenced music with sex, materialism and lust of the eye. Those who have ears will hear!!!”

Ify Chic wrote, “When you sef play Cardi B wey she obviously don watch!!! You expect her not to twerk as a child??? oga you never start to spank “

Foreign Diplomat Filmed Peeing On The Road In Nigeria (Video)